The only building that has access to the gardens and play area is full of privately owned flats. 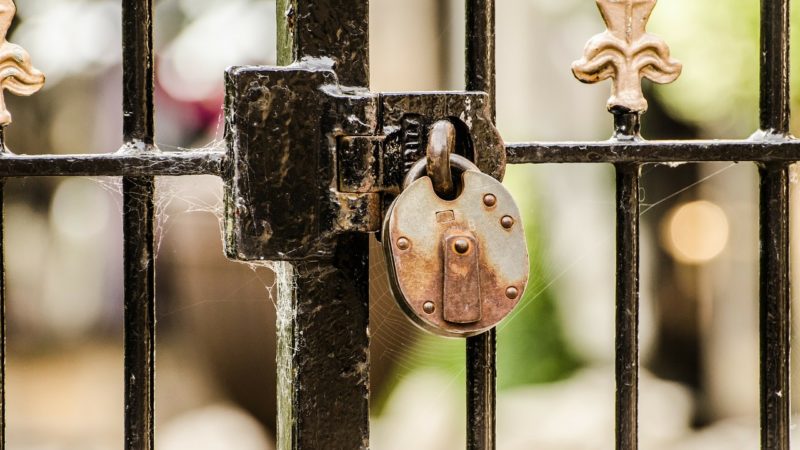 A group of residents living on an estate have expressed outrage at being padlocked out from a communal garden and playground while private owners continue to have access.

The Pembury Estate in Hackney, London used to be council-controlled housing, but management was handed over to the Peabody housing association 20 years ago.

As part of the deal, Peabody was given permission to build a new block of privately rented flats with a fenced off garden and playground attached to the back.

There is an external gate making it accessible to other residents of the estate, but Peabody has kept the gate padlocked for months, sparking dismay amongst residents who have lived in the area since before Peabody took over.

Talking to the Hackney Citizen, long-term resident Jane Hurley explained that children not living in the privately-owned flats had little space to play elsewhere, and the gardens would provide a literal breath of fresh air to elderly and disabled residents who have little mobility to venture outside of the estate.

She said: “I cannot believe that this situation is allowed. Where is the equality of access, what has happened to the social aspect of Peabody housing and finally why is Peabody discriminating against the young, old and vulnerable?”

Hurley added that complaints to Peabody and a petition signed by over 25 flats have been ignored.

Since the Hackney Citizen released its story, Peabody has promised to open up the communal garden.

But it is not the first time a private housing association has caused a class divide in London. In March, the developer Henley Homes came under fire when it segregated the children of homeowners and of those in the social rented units.

The practice of segregating “poor” and “wealthy” children by housing developers is similar to the practice of installing a “poor door” – a hidden away door for those in social housing to use.

Hackney Mayor Philip Glanville told the Hackney Citizen that he was “extremely concerned” about the denial of access to facilities.

“While we don’t fully know the facts in this case, we condemn segregated play areas in the strongest terms – they are divisive, draconian, and they have no place in our communities,” he said.