A proposed bill would scrap current "inhumane" policies and provide a safe and legal pathway for refugee families to reunite. 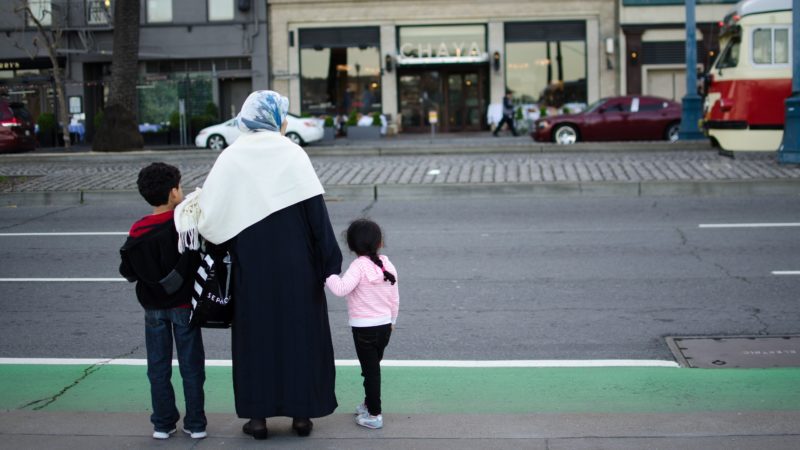 MPs called on the government to urgently reform and improve the current “inhumane” rules on reuniting refugee families on Thursday to mark World Refugee Day.

Speaking in the House of Commons, SNP MP for Na h-Eileanan an Iar, Angus MacNeil, called for the government to back his proposed Private Member’s Bill, which would provide a safe and legal pathway for all refugees with family in the UK to be reunited with their relatives.

Currently, immigration rules do not allow refugees living in the UK to apply to have parents, grandparents, siblings or children over the age of 18 join them. Only children under the age of 18 and civil partners are permitted.

MacNeil said the government had a particular responsibility to help refugee children and “not keep them apart from family members who are an integral part to rebuilding their lives”.

Speaking at the debate, Conservative MP for Bromley and Chislehurst Robert Neill described the current policy as “jarring”.

“It’s a shame that policy seems at the moment to be driven on what is frankly an uninformed and unsubstantiated basis of a fear factor.”

Debbie Abrahams, the Labour MP for Oldham East and Saddleworth added that politicians had “failed across the political spectrum in having a debate about immigration, migrants and refugees” and in going forward, the government must “ensure compassion, dignity, and humanity in the asylum system”

“It’s been my experience that there is not a great deal of understanding about who refugees are, their background, and why they come here. there’s much confusion between refugees and migrants as a whole, and unfortunately, I think that has been exploited by some people.”