The new Green MEP says we must move beyond the "politics of tinkering". 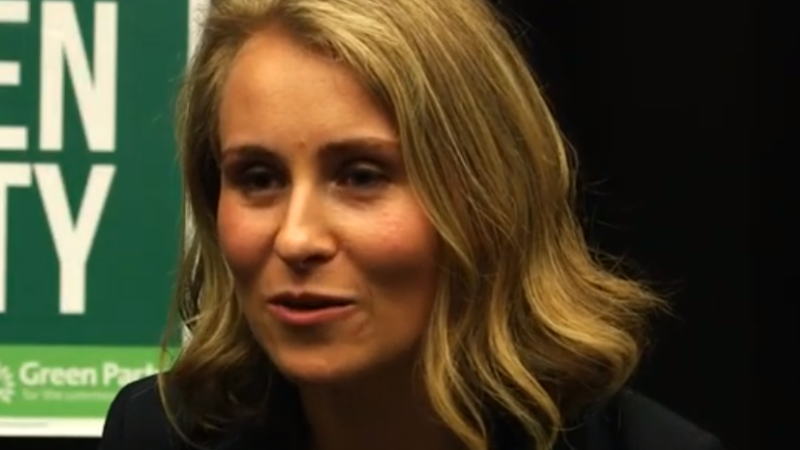 As I head to Brussels to take up my role as an MEP for the South-East of England, I know we must not just tackle Brexit, but the failed politics that drove people to vote for Brexit.

We can only do so by moving beyond the politics of tinkering and taking the fight to the heart of our economic model, building a fairer society that works for all in the process.

But with Britain set to leave the European Union at the end of October, I now have five months left to make a difference.

So I will spend my five months fighting for the Green New Deal for Europe: a radical but pragmatic proposal to end austerity and confront climate and ecological devastation across the continent.

The Green New Deal takes its name from the economic programme launched by US President Franklin D. Roosevelt after the Great Depression.

To kickstart the American economy, the original New Deal was driven by the goals of employment, poverty reduction, economic investment, and reform aimed at preventing another crisis from ever happening again.

The Green New Deal must live up to the scale of Roosevelt’s ambition — and go much further. It must not only be about environmental justice, job creation, equality and the empowerment of our communities.

It must also be about rekindling democracy in all parts of Europe, supporting climate justice around the world and finally acting, to quote Greta Thunberg, like our house is on fire.

This is how it could work: national investment banks would raise the funds by issuing green bonds and selling them to private investors.

After a decade of economic stagnation, Europe’s financial institutions are desperate for safe assets so they would jump at the opportunity.

The money would be used to invest in our green transition, creating millions of good jobs in renewables, infrastructure and research and development.

To ensure that our transition is democratic, investment decisions would be devolved to regions and municipalities and supported by assemblies of ordinary citizens.

This would end our current, broken model of public financing, where taxpayer money guarantees private loans on investments, meaning that ordinary people take on all the risk but see none of the gains.

It would usher in a new era of participatory democracy, giving communities a say in the decisions that shape their lives.

And, by confronting the power of finance and the fossil fuel industry, it would give us an opportunity to defeat the forces of inequality and climate change across the continent.

The Green New Deal would breathe fresh life into the European project. In doing so, it would also reverse rise of the far right, which has fed on the economic chaos of recent years.

And, perhaps, it could bring Britain back into the European family — this time in a union based on solidarity and the democratic participation of all European citizens.

It would also give us our best chance of stopping catastrophic changes to our environment.

We have under 12 years to take dramatic action to reduce emissions of greenhouse gases — action on a scale that has never been tried in human history.

We must also take immediate steps to reverse biodiversity loss. As the European Commission settles into its legislative agenda for the next five years, it is clear that we need to muster every ounce of the political momentum we have to ensure that those five years are not wasted on business as usual, but spent laying the groundwork for our transition.

This is why I call on all my colleagues in the European Parliament — as well as labour unions and climate activists everywhere — to take up this historical opportunity and join me in fighting for the Green New Deal for Europe. We owe it to future generations to succeed.

4 Responses to “Alexandra Phillips MEP: ‘I will fight for a Green New Deal in Europe’”