Unite has teamed up with Mexican and North American unions 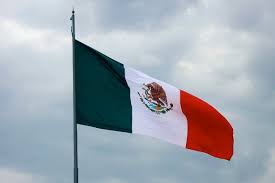 Previously, these laws had allowed companies to sign agreements with ‘protection unions’.

These unions (sometimes described as ‘yellow unions’) had signed agreements before new business had even started up.

The employer selected which union it wanted as well as reaching agreements which deliberately kept wages low and maintained poor working conditions.

This has often lead to violent clashes as workers began to mobilse against hand-picked protection unions and poor employment contracts.

The Mexican Senate approved the new labour laws which are backed by US Democrats as a pre-condition for debating a successor to the NAFTA trade agreement, now known as the U.S.-Mexico-Canada Agreement, (USMCA).

US Democrats say that, while approval of the changes is necessary for a debate on the trade deal negotiated last year, they also want to see implementation and enforcement of the legislation.

The labour annex to the USMCA explicitly requires that workers should vote to decide on their unions and employment contracts in Mexico.

The Mexican senate voted in favour of the bill 120 to 0, with two abstentions. It was passed by Mexico’s lower house earlier this month and supported by the President .

The changes give workers the right to vote on which union they want to represent them and to vote on their employment contracts through secret ballots.

In addition, a new independent agency and independent courts will replace the current labour board which is supposed to resolve disputes and register employment contracts.

Currently, the Mexican labour board comprises of government officials, companies and protection unions which makes it difficult for workers to organise.

Andres Manuel Lopez Obrador addressing a packed meeting of Mexican ex-pats in London (along with Unite’s Len McCluskey) prior to his election promised to introduce pro worker legislation in the face of strong opposition from multinational companies.

Another significant development is the creation of a new labour federation driven by Napoleon Gomez Urrutia President of Los Mineros the mining and metalworkers union who was also elected to the Mexican Senate last year.

At a meeting and rally in Lazaro Cardenas which I attended as one of the Unite representatives, the new International Labor Confederation was launched.

150 Mexican union locals have already joined the ILC, others are interested in joining and Unite and the United Steelworkers (from North America) expressed their support for the new body as has the US trade union body the AFL-CIO.

The ILC aims to build on the momentum created by the new government and mass walkouts by 25,000 workers at 48 “maquiladora” assembly plants in the Mexican border city of Matamoros where workers won 20% wages increases and bonuses.

These actions also sparked walkouts at non union businesses. Obrador-supporting Senator Gomez Urrutia said the strikes could spread, and the new federation would support them.

He said: “It will be a question of solidarity and strategic alliances. Big corporations operate in multiple countries, and it is time that we unions globalise ourselves as well.”

“As long as the conditions of exploitation continue for these workers, not just on the border but across the country, there is a risk that these conflicts will break out,” Gomez Urrutia said. “We will always be ready to advise and support them.”

Unite the union, the United Steelworkers and Los Mineros are the three member unions of the independent global union Workers Uniting.