"The age of pure representative democracy is coming to an end," writes Vernon Bogdanor in 'Rethinking Democracy'. 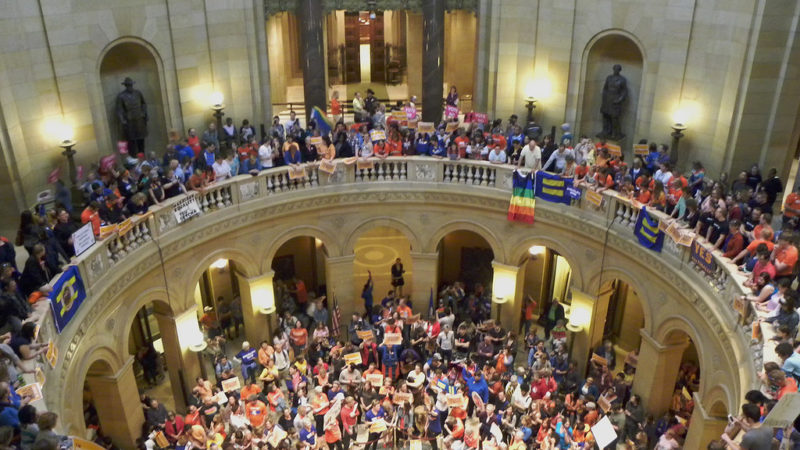 At a seminar at King’s College, London, held shortly after the Brexit referendum, the Professor of European Law, Takis Tridimas, declared that Brexit was the most significant constitutional event in Britain since the Restoration in 1660. The referendum showed that on the issue of Europe, the sovereignty of the people trumped the sovereignty of Parliament.

In 1918, the Representation of the People Act paved the way for universal suffrage. But it legitimised a system in which the role of the people was fundamentally passive. Back then, the greatest threat to democracy lay in the fact that it did not embrace the whole community. One hundred years later, the greatest threat to democracy lies in the fact that it does not engage the whole community.

Events have shown that the age of pure representative democracy is coming to an end. Representative institutions need to be supplemented by the instruments of direct democracy if they are to retain the confidence of the electorate.

Since the 1980s, the British people have made great strides towards citizenship in the economic sphere and in their relationship with public services. Under the premiership of Margaret Thatcher in the 1980s, citizens were encouraged to become home owners and owners of capital. Yet those same citizens were expected to remain passive in their political lives, restricted to voting on relatively infrequent occasions at general elections.

It is, however, hardly possible to expect a citizen who is encouraged to be independent and self‐reliant in her economic dealings and in her dealings with the public services not also to demand a more active role in the political system as well.

In a perceptive Fabian pamphlet written as long ago as 1992, entitled Making Mass Membership Work, Gordon Brown argued that “In the past, people interested in change have joined the Labour party largely to elect agents of change. Today they want to be agents of change themselves.”

The reform programme of the Blair government did little to meet these new popular aspirations. But it was no doubt this sentiment which encouraged the great increase in membership, particularly noticeable amongst younger voters, for Jeremy Corbyn’s Labour party after 2015.

One way that our democratic system can face these challenges is by making local government `Self Government’ once again. Today, local government has become almost a marginal element of the British Constitution. Part of the reason for this is the excessive dominance of political parties in most local authorities. Indeed, given the trend towards backbench rebellion in the Commons, party discipline is probably tighter in many local authorities than it is at Westminster.

Many councillors are seen as members of the political class, representing not ‘us’ but ‘them’. That is why local government has found it so difficult to attract the popular support which would have enabled it to resist the pressures of centralism.

Admittedly, turnout rates for local elections are low. That may be in part due to the transfer of powers away from local authorities. But there are, nevertheless, striking indications of an unsatisfied demand for participation.

Around 40 per cent of us belong to a voluntary organisation, while around 3 million 18–24 year‐olds, the very generation that in the past seemed least likely to vote, volunteer every year. As the 2016 referendum showed, the democratic spirit in Britain is healthy, but it badly needs institutions of direct democracy in which it can be expressed. Local government is a prime arena for experiments in direct democracy.

Local government is the best arena for the next phase of constitutional reform, but something much more radical than elected mayors is needed.

That more radical innovation might be found in the principle of sortition—selection by lot. That principle was first adopted in fifth‐century Athens, a direct democracy, but it is perfectly feasible to extend participation in a modern democracy.

A small proportion of councillors—say 5 per cent or 10 per cent—could be selected randomly by lot from the electoral register. Participation would be voluntary but most of those selected would probably be willing to do so. That would increase the representation of the young and of members of ethnic minorities, groups markedly under‐represented in most local authorities. These councillors could decide what was best for their communities without being beholden to party.

The greatest threat to democracy comes from a passive electorate, one that has ceased to concern itself with public issues. John Stuart Mill says somewhere that we learn to swim or cycle not by reading books about swimming or cycling, but by doing them. Similarly, we learn about democracy, not by reading about it, but by doing it, by making decisions for ourselves on matters of public policy.

The task of constitutional reformers today is to make true self‐government possible by developing mechanisms of direct democracy to complement our increasingly ossified representative system.

Vernon Bogdanor is Research Professor at the Institute for Contemporary British History at King’s College London and Professor of Politics at the New College of the Humanities.

This is a piece taken from ‘Rethinking Democracy‘, edited by Andrew Gamble and Tony Wright, and published by the Political Quarterly/Wiley. Launch events are happening throughout the year.

One Response to “Vernon Bogdanor: Brexit has shone a light on our constitution. Now it’s time for real self-government”