In the second half of a candid interview, the Green activist discusses climate activism, his brother Bernie's campaign, and the Labour party. 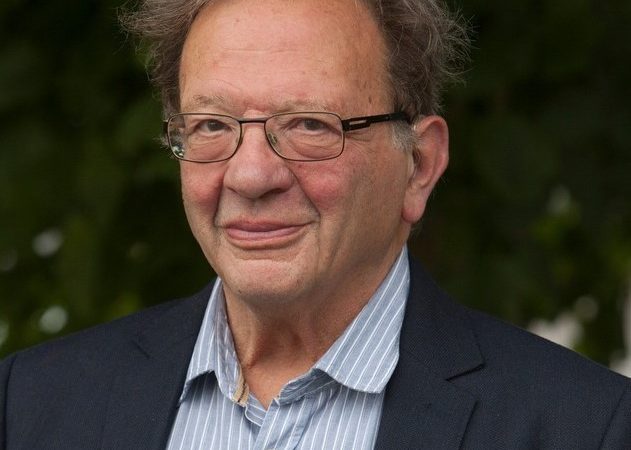 This is the second half of our interview with Green Party activist – and brother of Bernie – Larry Sanders. Read the first part, on Brexit, here.

Here, Larry Sanders discusses climate campaigning, the US presidential race (in which Bernie Sanders is a frontrunner), and whether the Labour Party is left-wing…

Larry Sanders: I think [they’re] a marvellous example. Nothing good is going to happen unless lots and lots get involved. It’s so clear how [the current system] hasn’t worked. There are enormous powers against a quick energy change. The money involved is massive and it’s working. The slowness – despite everyone having known for decades – that’s almost certainly money translated through the usual politics. It will only be broken through mass movements. It’s working and it’s the beginning.

So have you taken part?

[He hasn’t been to visit the campaign] I probably will try to get involved!

You must get asked a lot about Bernie, but how do think the campaign is doing?

He’s doing very well. It’s Bernard versus everybody. Elizabeth Warren is a strong candidate [but] besides her I don’t think anyone is serious. In America the Green New Deal is very big. [Also] very big is the health system which is such a disaster.

On health care, they’re all fudging. They’re all drifting towards maintaining private insurance. And the private insurance system makes it impossible to have a good health system. It absorbs such a vast amount of money. Americans are already spending more than they need to for a good health service on a crappy health service. So they could very easily make the change in terms of money. They’re lucky in that.

There’s hundreds of billions being poured into pockets – it has no economic or health function whatsoever. I don’t think anyone has beaten that quantity of money. The whole industry goes. It’s useless, unnecessary, and it will go –I don’t think any of the other [candidates] will stand up to it. So he’s doing very well, but the battle is only just commencing.

Will you go out to campaign for him?

I’ll be out there, yes, whether I’ll be campaigning or drifting around I don’t know.

Do you speak to him a lot?

We used to speak very regularly, but now he’s so all over the country. He used to have his Sundays free. But he doesn’t have any more. But we stay in pretty good contact.

You’ve been very critical of the new Change UK party from what I understand. Do you view them as a centrist party?

I don’t think any of them are of any consequence. Whether they do well or not, I don’t think it makes any real difference.

And the Lib Dems, too?

They’re different in the sense they have a history and a constituency of people involved. And some of them are quite good, though many are not. I had great difficulties with them when I was on the county council here – they were mostly very nice people, lots were good constituency workers. [But] They had no idea whatsoever as to what they wanted to do.

Every year when we had our budget, they’d take half a percent of the Conservative budget and move tiny fragments from one policy area to another. And that was it – I couldn’t find any substance. They were very neoliberal, they thought gov’t couldn’t do anything – like most of the Conservatives on the county council.

It’s a very weird view for those in power to believe they can’t accomplish anything. Not doing something was their success. So I don’t see where they fit into anything much, but they won’t go away. But the Change group has no foothold in anything.

You clearly have a lot in common with the Labour party and its policies [interrupted]:

You’re saying that the Labour party are on the left?? Which part of the Labour party are you talking about? On domestic issues, on welfare issues, I’d suppose Corbyn and I would have very similar views. He’s never been very strong on environmental issues but he’s sometimes been willing to follow the Green party.

The Labour party is top to bottom poor on environment issues. They’re still in favour of more runways, roads and whatnot. And in terms of the things we share with Corbyn, the bulk of Labour MPs – and I think councillors – don’t share those. They voted three to one no confidence a couple of years ago. It was not a personality thing – it’s that they don’t share Corbyn’s views.

The pre-Corbyn Labour manifestos were appalling. There was just nothing there. It took four years to get Labour to endorse Caroline [Lucas’] NHS reinstatement bill to reverse privatisation. When Caroline put it up, six Labour people supported it. One of them was Corbyn. They got up to 30 or 40 at the highest point, then eventually…it does seem to have endorsed it. But they’ve still not endorsed it on social care. They’re still stuck on a social care policy which is about the same as the Conservatives’. Social care is just as important as the NHS. And it’s 90% privatised, and very vigorously means-tested.

It really is not true to say I or the Green Party are similar to the Labour Party. On environmental issues we’re quite different, and everything we agree with the Labour party on, I don’t think the bulk of Labour party office holders agree.

I think he’s done a marvellous job of saving the Labour party from itself. But I don’t think in the end he’ll succeed. The bulk of the MPs will drag him down.

I see Corbyn as a left-wing leader, and the membership is pretty left-wing. But the elected officials I don’t think are left-wing.

The splits over Brexit can be legitimate given that there are looming disasters in any direction they explore, though I think it would be better for them to be against Brexit. But the amount of anger that all those differences reveal have to do with deeper issues which I’ve talked about: vast majority of MPs really don’t agree with Corbyn and believe he’s illegitimate. They can’t completely dismiss him, but they fight him at every stage.

Read the first part of the interview with Larry Sanders, focusing on Brexit.

5 Responses to “INTERVIEW with Larry Sanders: The right of the Labour party will drag Corbyn down”