Businesses need to be more flexible to increase equality 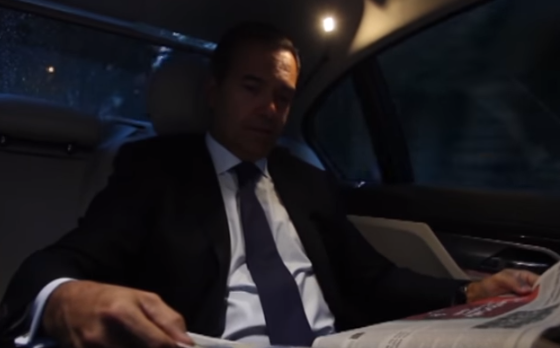 The deadline for filing gender pay reporting data passed last week, meaning that the figures on gender pay differences at large and medium sized employers for 2018 are now available.

The headline findings are that the average gender pay gap has reduced slightly from 9.7% to 9.6% but the gap reduced from last year’s levels at fewer than half of employers.

Publication of the figures is traditionally accompanied by hysterical howling from right wing think tanks and commentators, arguing that the figures only show the extent to which men are more prominently represented in highly-paid roles and/or highly-paid industries.

This is essentially correct, and entirely the point of the reporting requirements. So the value of numerous reports and articles denigrating the requirements on these grounds seems questionable.

Instead, it would be more productive to think about what the findings say about work and pay culture in the UK.

Firstly, gender pay differences highlight the vast pay gaps between those at the top and low or middle income earners more generally.

For example, there are three banks amongst the top ten employers with the widest gender pay gap and ‘finance and insurance’ has the second highest gap as a sector (behind construction).

Across these three banks (Barclays, Lloyds and Clydesdale) the proportion of men in the top quarter of earners ranges from 65-81%. Women make up a majority of those in the bottom quarter at all three organisations.

This emphasises how well top bankers are paid in comparison to administrative or branch staff, prompting a useful debate about why this is the case and whether it is fair or justifiable.

If not, then measures like support for trade union membership or workers’ representation on company boards, which could cut gaps between all high and low/middle earners irrespective of gender, would be an obvious response.

Secondly, the under-representation of women in the highest-paid jobs clearly reflects the difficulty of managing a career around family life.

This in turn demonstrates the disproportionate share of housework/caring responsibilities falling on women, as well as low levels of provision of childcare and flexible working arrangements.

In this last respect, a recent report by the Chartered Institute of Personnel and Development found that the proportion of workers working flexibly had remained flat for the past decade, and that hourly pay for most forms of flexible working is typically lower than for conventional full time work.

Negative attitudes on the part of managers were cited as a big barrier to wider uptake. The lack of parity of esteem between flexible and conventional working probably partly affects the lower levels of pay, resulting in lower uptake and contributing to a vicious cycle.

There is a possible link here between a culture of long-hours and presentee-ism and the UK’s ‘productivity puzzle’ – the weak growth in economic output-per-worker since the financial crisis.

Research from London Business School suggests that higher employee satisfaction (which is driven in part by work/life balance) leads to better company performance in the long-term.

Yet the inert unimaginative approaches to management that experts such as the Bank of England’s Andy Haldane have suggested are negatively affecting productivity appear to be a significant barrier to different, potentially more productive employment practices.

These include flexible working, but could also cover more democratic forms of workplace decision-making, profit sharing and company ownership.

If wide pay differences between high and low earners, poor gender balance in senior management and low productivity persist, pressure for these kind of alternative business models will grow  – and the debates prompted by insights from gender pay reporting will have played a big part in this.

Luke Hildyard is the executive director of the High Pay Centre