Official figures make a mockery of the government’s claims to be supporting UK manufacturing - and Brexit could send the sector into reverse. 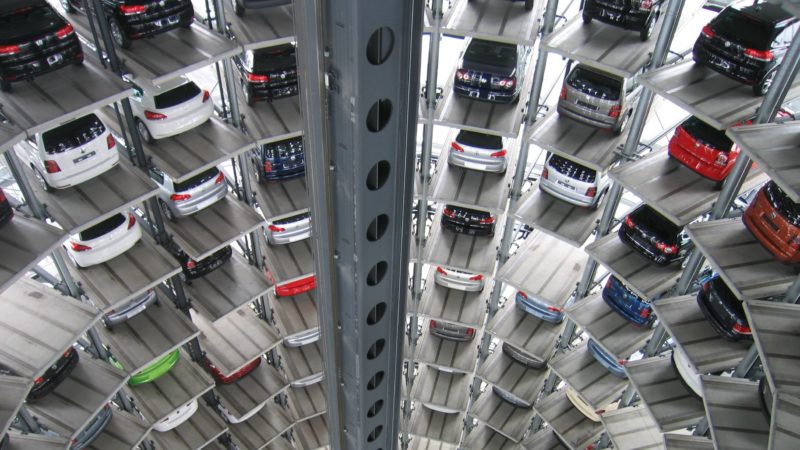 Just four sectors accounted for nearly all of the manufacturing sector’s growth since the financial crisis…and they all rely heavily on the EU, according to new analysis.

Figures from the Office for National Statistics – released amid the Cabinet squabbling on Tuesday – show the manufacture of food, transport equipment/cars, and the repair of machinery made up for 30% of the manufacturing sector, but 86% of its growth over the 10-year period from 2008, the FT reports (£).

Without the growth of those four industries, manufacturing be in decline, according to the ONS.

Yet even with their contribution, manufacturing is down 2.75 percentage points compared to the pre-crisis peak. Pharmaceuticals, machinery, printing and metal works are all in decline, alongside electricals and chemicals.

But the dominance of just the top manufacturing industries such as the automobile sector show just how vulnerable Britain is to a hard Brexit. 44% of all UK exports went to the EU in 2017.

Worries are growing. In the past three years, manufacturing output has stalled – leading to fears that output might never get back to pre-crisis levels. The ONS cites “potentially uncertainty about the UK’s future relationship with the European Union,” with industry data showing that in 2018 the number of motor vehicles made in the UK was down 12% compared to 2016.

In a hard Brexit scenario, the brakes are likely to be slammed on UK manufacturing.

The Confederation of British Industry (CBI) says that with no deal, 90% of the UK’s goods exports to the EU by value would face tariffs. The average tariff on UK exports to the bloc would be 4.3 percent, it calculates, while the average on imports from the EU into the UK would be around 5.7 percent, according to reports.

Though ministers recently revealed contingency plans to reduce barriers in a no-deal scenario, the government’s own no deal advice says: “The free circulation of goods between the UK and EU would cease” – potentially destroying the ‘just in time’ production chains that many UK manufacturers rely on.

All of the options on the table for Brexit would throw up significant barriers to the automative sector, for example.

A recent report by consultants Baker McKenzie shows that If a hard border were imposed between the UK and the EU, companies that once traded freely with European markets would see their goods exposed to new costs each time they cross the channel.” They say a hard Brexit would likely add 13% to the costs faced by automotive manufacturing – without taking new tariffs into account.

“The transition will be costly for them,” Yael Selfin, chief economist at the accountancy firm KPMG, told the FT.

“Key industries, such as steel, have gone into reverse during the period while the government did little to tackle the dumping of cheap foreign steel and the sky high energy costs UK steel producers face.

“During the same time the UK’s car and aerospace industries have kept the sector afloat, but all that hard work now risks being undone thanks to the government’s Brexit chaos, which comes amid weakening global car sales and the demonisation of diesel by ministers.

“The government needs to shake off its complacency by delivering on its fine words about its industrial strategy with practical support and action for UK manufacturing and the car industry.”

IPPR Chief Economist and Head of the Centre for Economic Justice, Carys Roberts:

“These new figures should be deeply worrying for policymakers concerned with industrial strategy and the UK’s economic strength. We’re ten years on from the recession yet manufacturing is smaller today than it was before the recession hit.

“More worryingly, what growth there has been has been heavily concentrated in just four sectors out of 24. This is a big problem, as the international data shows that it’s those countries with diverse manufacturing sectors – like Germany and Japan – who can run trade surpluses, and export more to the world than they import. We urgently need to develop an industrial strategy to develop and diversity UK manufacturing, that benefits all parts of the country.”

Launching her industrial strategy in 2017, the PM said:

“Our modern Industrial Strategy will shape a stronger and fairer economy for decades to come…As we leave the European Union and forge a new path for ourselves, we need to focus on building a better future for our country and all the people who live in it. With the Budget, and our Industrial Strategy in the years ahead, we will build a Britain fit for the future.”

Instead, she appears to be dismantling decades of manufacturing talent and success.

One Response to “BURIED: The failure of the Tories’ ‘industrial strategy’ hidden beneath Cabinet splits﻿”