“What is going on in Britain?" a German MEP asks. Who knows? 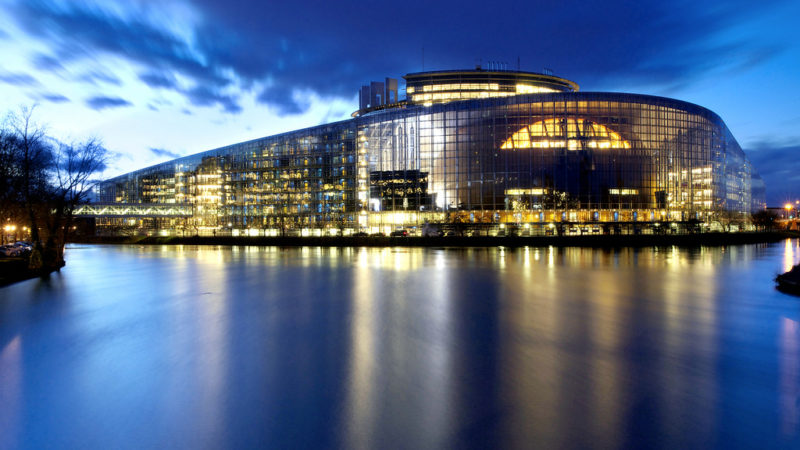 It is Tuesday and the day of “meaningful vote two” has dawned. MEPs are grumbly as there is an extra ‪‪9am voting session and Brexit is to blame.

All of my colleagues from other countries know there is a big Brexit vote later on in Westminster. “What is going on in Britain? Will May win tonight?,” asks a German MEP sitting near me. I say I’m not sure but it looks like she is heading for defeat again. “What next?” she replies. “I’ve no idea”. “Perhaps you can stay”, she smiles.

The day passes with a succession of meetings, more votes at midday and some radio interviews. It soon becomes apparent May’s desperate dash to Strasbourg last night achieved nothing. The General Secretary of the GMB, Tim Roache, is visiting the Parliament and there’s a special meeting of the European Parliamentary Labour Party which he speaks at. The Prime Minster of Slovakia addresses the Parliament.

We have a noisy exchange in the Parliament chamber over the withdrawal of immunity for Jean Marie Le Pen and I make a speech here on the role of women in conflict mediation.

For the first meaningful vote Labour MEPs and staff had a pizza party in a committee room. This time we meet again to watch the results on a big TV screen. The atmosphere is more sombre than the previous month though: then a general election seemed possible, or Theresa May’s resignation, or at the very, very least a change of government direction. We’ve learnt from that experience not to be excited.

It is an hour later in Strasbourg and the European Parliament is emptying. We watch the BBC Parliament channel and wait. We wait like many others for MPs to go through the lobbies. Then, “order, order” and the Speaker reads out the results: Ayes: 242 Noes: 391.

My phone buzzes into life with local requests for comment from newspapers, a friend asking: “Is this good?” My UK office say they will check which way all the MPs in my region voted. The Labour MEP WhatsApp group meanwhile has 15 notifications.

I check my emails, another newspaper request for comment, a fundraising email asking if I’ll chip in I might be able to stop Brexit, and ‪Booking.com saying “Alex, Brussels is calling your name”.

“You need to tweet”, messages Chris from my office. “Any ideas?” I reply. My phone pings back in response: “Just the normal stuff, clock ticking, May’s hopeless, we’re still heading towards a cliff edge and nothing has changed.”

Alex Mayer is a Labour MEP for the East of England.

2 Responses to “View from the European Parliament: The mood grows sombre as confusion reigns”