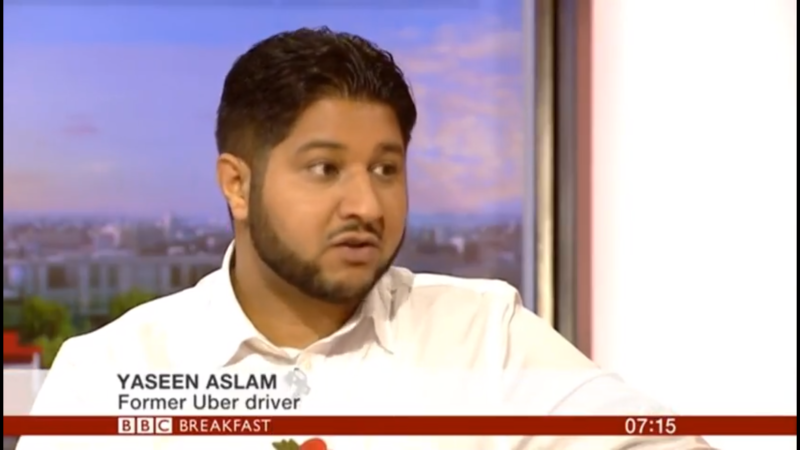 Four Uber drivers are taking the company to court in an attempt to force it to disclose the data it holds on them.

The drivers want the data to calculate how much they are owed in back pay and holiday pay.

They claim that Uber has been, for nearly a year, refusing to give them the data it holds on them – and that is in breach of Article 15 of the EU’s General Data Protection Regulation.

Article 15 states people have the right to “obtain from the controller confirmation as to whether or not personal data concerning him or her are being processed, and, where that is the case, access to the personal data.”

Despite this right, the drivers say they were met with d”elayed, inconsistent, incomplete, piece meal and mostly unintelligible disclosures before finally the firm ceased correspondence”.

James Farrar, one of the four drivers, said:

“For too long Uber has used its technology to abuse its power over drivers and deny them even the most basic of workplace rights. It collects vast quantities of personal data from its drivers and uses algorithms to surveill, manage, nudge, penalise, reward and even fire workers from behind the digital curtain.”

“Uber’s failure to abide by the GDPR cannot be allowed to go unchecked. Government and regulatory authorities must take decisive action so that all businesses, in their race to digitise, understand that personal data rights must be respected at work.”

Another driver taking action is Yaseen Aslam. He said:

“Uber told me I’d be my own boss, referred to me as a ‘partner’ and claimed their algorithm would empower drivers but instead they used their technology to exploit us all.”

“It’s upsetting that Uber have not released to me all my data which they still use to power their algorithm. This is further proof that gig economy employers like Uber manipulate our data behind the curtain to make huge profits for themselves while placing us at a financial disadvantage.”

The data the drivers want includes:

The legal action is backed by Worker Info Exchange, a start-up organisation campaigning for data access and digital fairness at work. The goal of the organisation is to help information workers in the gig economy and beyond to access, analyse and act on insights gained from their personal data collected and processed at work.

The drivers are being represented by Ravi Naik of ITN Solicitors. He has represented claimants in data cases against Cambridge Analytica, Facebook and the AdTech industry.