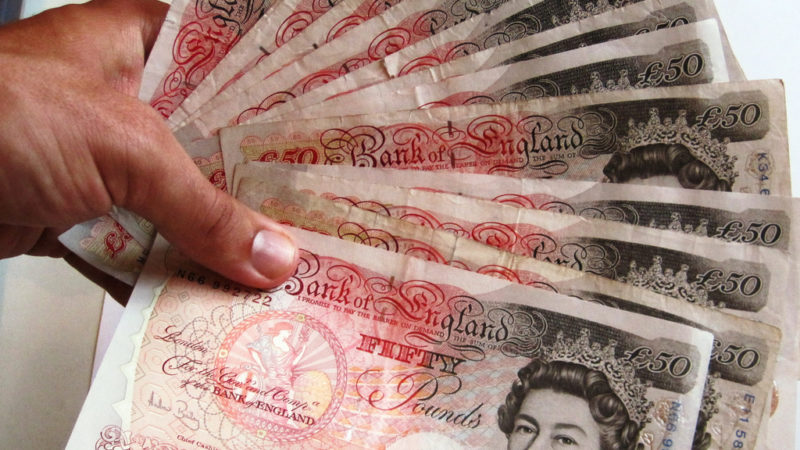 A report by the think tank Compass has outlined how the UK government could set up a Basic Income scheme.

Basic Income (BI) is when the government gives everyone a certain amount of money – whether they’re in or out of work.

It’s different to the current social security system because there is no means-testing and no sanctions.

The idea has been supported by a range of organisations from across the political spectrum – the Green Party, the free-market Adam Smith Institute and the Royal Society of Arts.

The Scottish Government is examing detailed proposals for a trial in four cities; Liverpool is considering a local pilot and Labour’s Shadow Chancellor John McDonnell is looking into including a national pilot in Labour’s next manifesto.

The report’s authors say that interest in this idea has grown as employment becomes less secure and automation threatens jobs.

They set out two models of how it could work.

Model One is a partial basic income, which could be included in a manifesto and implemented in a single parliament.

Model Two is a more extensive scheme, which would take a generation to implement fully.

Model One would involve the abolition of child benefit and the state pension.

To replace child benefit, every mother would receive £40 a week for each child they have.

To replace the state pension, everyone over 65 would receive £175 a week.

Means-tested benefits would be retained – as this is only a partial basic income scheme.

These payments would be made to everyone resident in the UK – with legal migrants entitled to payments after a certain number of years.

The report’s authors estimate this would cost £28bn. This is the same amount social security has been cut by since 2010.

So this system would return the UK to 2010 levels of social security spending but with a more progressive system, the report said.

Model Two is a more long-term plan involving the creation of a ‘Citizens Wealth Fund’.

This would be like a Sovereign Wealth Fund (which many oil-rich countries have) in that government funds would be invested so that the fund grows.

However, it would be different because ordinary citizens would get more of the benefit from it, the report argues, as returns would go directly to them.

This fund would be built with long-term borrowing, taxes and the money made from other public assets.

When this fund is large and bring in lots of money, that money could be used to sustainably finance a system like Model One, the report said.

The report was authored by Stewart Lansley, a University of Bristol academic and Howard Reed, director of economic research consultancy Landman Economics.

The report was financed by the Friends Provident Foundation and commissioned by the Compass think tank.

Unlike think tanks like the Institute of Economic Affairs and the Taxpayers Alliance, Compass receives an A rating for the transparency of its funding, naming all its funders.