While some Greens view the split as the 'death rattle' of centrism, others believe it may hold the key to political reform. 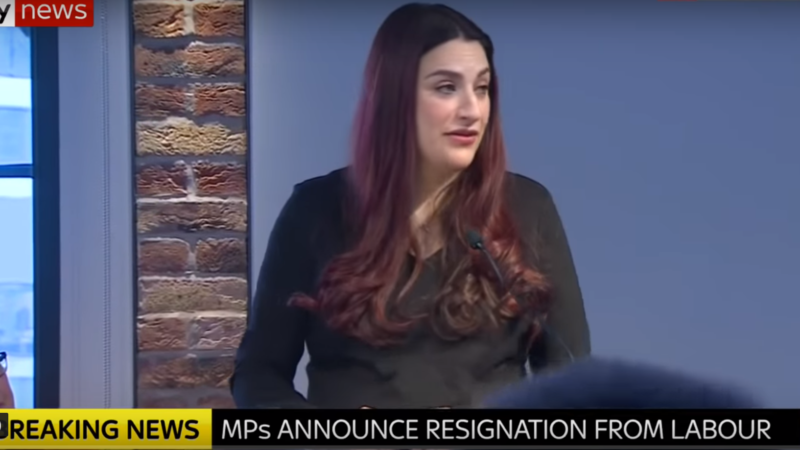 Green Party co-leader Jonathan Bartley hit out at the ‘vapid centrism’ of the newly-formed Independent Group of ex-Labour MPs on Monday – but other Greens had different ideas.

The last thing that the UK needs is more of the vapid centrism that got us into this mess in the first place. That’s no “alternative”. https://t.co/pbztyZjh8b

In a separate tweet, the co-leader dubbed the group ‘the floundering death rattle of the old system’.

The tweets appeared to criticise those splitting from Labour, sparking a mixed reaction from Green Party members.

But other Greens were more optimistic about the breakaway group.

Deputy leader Amelia Womack was measured in her response, arguing the split was a sign the ‘two party system’ is broken:

Jonathan neither of us are centrists and we are not going to join or vote for a centrist party but I think it’s fair to say many centre-ground voters’ views are not represented by the current Labour and Tory parties.— Darren Johnson (@DarrenJohnson66) February 18, 2019

He added: “If you want a more pluralist system in British politics but only want parties you agree with that’s not really pluralism is it?”

One official Green Party group appeared to endorse the split, saying ‘the times are changing’:

The divide stems from a key strategic question for Greens over whether the split could ultimately necessitate and enable a change in Westminster’s First Past the Post voting system.

Other Green voters suggested the co-leader’s view suggested an appeal to ‘extreme’ politics:

Ditto. And I'm a member.

I'm sorry about that. My objection to centrism is it means leaving things much as they are: privatisation, massive inequality & tax-dodging, planet-trashing transport, energy & agriculture, exam-factory schools, public transport slashed, mental health crisis

“I don’t blame them one bit for having had enough with what has happened to the party…[Luciana] Berger’s been treated appallingly, Liverpool Labour are absolutely vile. I also don’t blame them for not triggering by-elections – that’s simply holding Labour to consistency, after failing to call for one in Sheffield Hallam.”

And the Independent Group’s rallying cry that ‘politics is broken’ was picked up by Green figures like Molly Scott Cato – using it to call for democratic reform.

Chris Jarvis, co-editor of independent Green Party blog Bright Green, was incisive in his comments on the new breakaway group:

“These people are not our friends – we should have nothing to do with them. The seven defectors – Chuka Umunna, Luciana Berger, Mike Gapes, Chris Leslie, Angela Smith, Ann Coffey and Gavin Shuker – are some of the most contemptible members of the Parliamentary Labour Party. The worst of a bad bunch would be a generous description.”

All of which raises the question: is the split an outrageous and divisive attack on the Labour Party…or an inevitable diversification of Britain’s broken party system that could lead to positive reform? The prosaic answer may be…both.