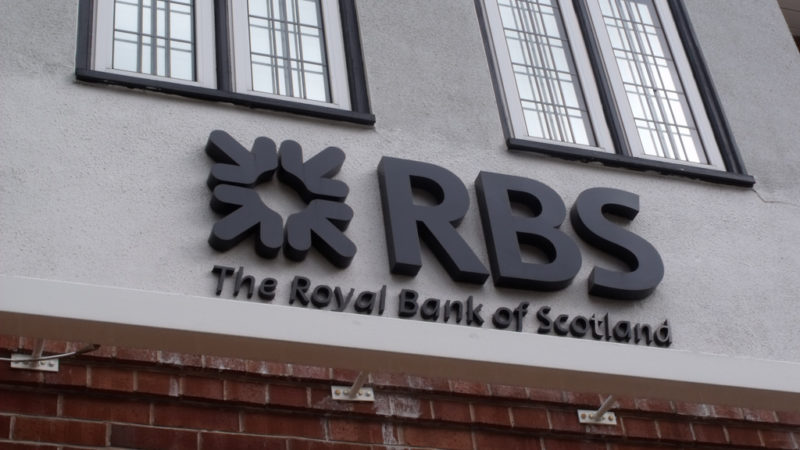 RBS has just posted a second annual profit fuelling speculation the government will take the opportunity to immediately press ahead with the sale of its 62 per cent stake in the bank.

So why is the government so eager to sell the bank off so soon after it starts paying back profits?

The answer is clear – the sale of RBS is yet another example of the government selling off a public asset in order to profit their friends in the City of London.

It may perhaps be difficult for some to warm to the idea of RBS as a public asset. After all, the bank was bailed out with £45bn of public money in 2008 after it helped trash the British economy with its role in the banking crisis.

Ten years on, there is still little reason to feel much love for the RBS brand. The bank is continuing to completely disregard both its customers and the wider British public, shutting down branches where they are needed the most, and failing to deliver the much needed investment that the country’s productive economy is crying out for.

But this is because the government has made the mistake of taking ownership of RBS while relinquishing meaningful control over its overarching strategy. With its majority stake in RBS, the government could use its influence to take much-needed leadership over Britain’s failing financial model, by transforming the bank into a positive example for the rest of the industry to follow.

Britain’s banks wield huge power over our economy. They create the vast majority of our money, and get to decide where it goes.

Instead of using that responsibility to direct money towards things we need, like green technologies and investment in new industry, around 80% of the money they create goes towards bidding up the prices of property and other assets, in the pursuit of easy short-term profit.

With RBS, the government could make steps to change this. It could equip the nationalised bank with a mandate to serve the public interest, which could include missions to target greater levels of investment where it is needed most, such as in green infrastructure in order to address the climate crisis, and new genuinely affordable housing to help solve the housing crisis.

But instead of demonstrating the slightest interest in fixing Britain’s broken banking model, the government is ideologically committed to selling RBS off, even if that means a massive loss.

All indications suggest that loss would be huge. Based on the collapse in RBS’ share price, the Office for Budget Responsibility estimates that the government’s sell-off plan would mean a public loss of £28.5bn – £6bn more than the total amount the government spent on transport last year. There is no reason to think that the share-price, which remains less than half what the government paid in 2008, will ever meaningfully recover.

It is no surprise then, that new polling released on Thursday by Positive Money shows only a fraction of the British public would support the government’s plan to flog RBS by any means necessary.

The polling also shows that most Britons don’t believe that the government’s strategy would benefit the public. Three-fifths of those polled think RBS would not be run interests of the public if it returns to private ownership, compared to only one in ten who do.

We can only hope that the government will listen to the voices of those outside of the City of London, and reconsider their ramshackle RBS rip-off.