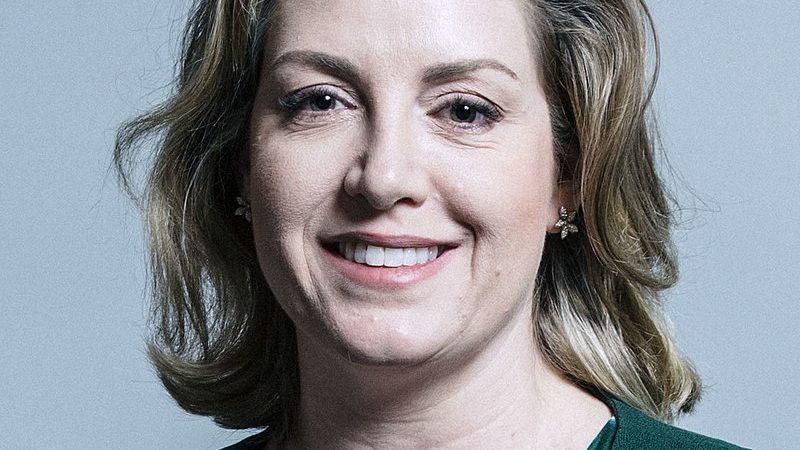 Most government ministers jealously guard their department’s cash from their cabinet colleagues – but not International Development Secretary Penny Mordaunt.

According to the Daily Mail, Mordaunt has written to the Defence Secretary Gavin Williamson offering to help him build two ships for the Royal Navy.

The Department of International Development, whose job it is to help the world’s poor, would contribute tens of millions of pounds to the building and maintenance of these Royal Navy ships.

She can get away with offering her department’s cash because the ships will, at least sometimes, be used by the Navy to provide humanitarian relief – if there’s a hurricane in the Caribbean for example.

However, her letter indicates that her main concern is not helping the needy but “how this could support our military capabilities [and] take pressure off a stretched [Royal Navy] fleet”.

When not being used for disaster relief or military duties, the Daily Mail says the ships could also be used for trade missions “much like the Royal Yacht Britannia did before it was decommissioned in 1997”.

As a Tory minister of trade in the 1990’s, Richard Needham attended a reception on the yacht in Cape Town.

“It was wonderful, absolutely wonderful,” he said, “I remember having [the yacht] in Cape Town, the floodlighting of Table Top mountain behind her, the band of the Royal Marines.”

You can see why ministers like this idea. It sounds like a lovely evening – but a costly night out for UK taxpayers and the global poor who could be getting the money.

So why is Penny Mordaunt, the International Development Secretary, so keen to splash the cash on other departments?

Well she has spent most of her government career in the Ministry of Defence, first as a parliamentary private secretary to the Defence Secretary Philip Hammond and then as Minister of State for the Armed Forces.

In that world, you are told constantly, often by ex-generals working for arms companies, that the UK armed forces are under-funded. Perhaps Mordaunt believes these people and doesn’t really believe in international development.

A more cynical reason is that there could well be a Tory leadership election coming. Mordaunt has been touted as a contender for next leader but is currently only eight-favourite at 33/1 with Betfair.

If she is to be leader, she will need Tory Party members to vote for her. Many members read the Daily Mail, the outlet that managed to “see” (be shown?) her letter to Williamson.

So reports of her trying to divert money from the foreign aid budget (which many Tory party members and Daily Mail readers think should be slashed) to the military (which they think should be increased) will do her no harm.

Add to this that the Daily Mail’s article mentions that she is herself a Royal Navy reservist, features a picture of her looking tough in military camouflage and links to a video of her visiting some young troops in Wales. She won’t be too upset that the Daily Mail saw her letter.