The EU should hold its nerve in the face of this nonsense, writes the Green party MEP. 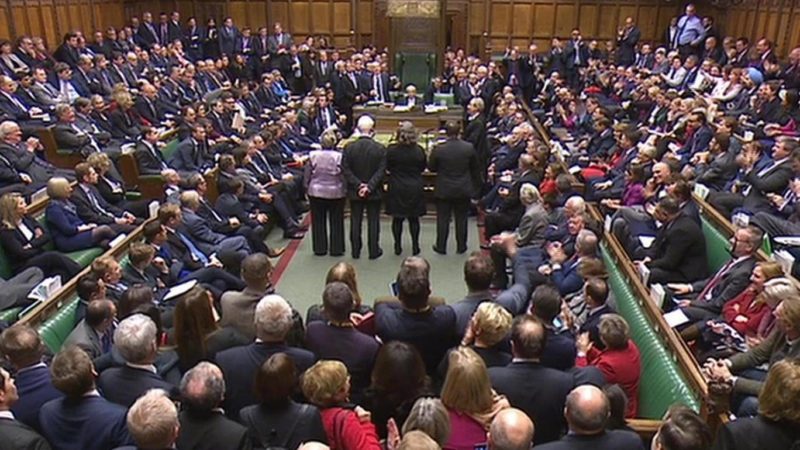 On Tuesday night, MPs supported the Brady amendment to reopen negotiations…negotiations the EU have made clear are closed.

But, as ever taking her marching orders from the Brexiteers in her party, Theresa May will head back to Brussels to argue against a deal which she has previously fervently advocated.

The Prime Minster must know full well she will again return empty handed. The EU27 cannot undermine the integrity of the single market and will not sell its loyal member Ireland down the river. And the UK’s prior commitments under the Good Friday Agreement also require the backstop or something very like it.

The EU’s entirely predictable refusal to reopen the negotiations will then be conveniently used to fuel the narrative that if the deal fails it will be the EU to blame, not the UK. The EU can then be painted as the unbending and intransigent bully, hell-bent on making Brexit a failure.

With daily dire warnings about the economic, social and environmental impacts of Brexit, particularly a No Deal scenario, the Brexiteers desperately need someone else to blame as ‘project fear’ become Brexit reality.

And the best line of defence – one that the Tories know will be lapped up by the right-wing press and media – is the one that says Brussels is to blame.

The BBC have already been complicit in this. Last week in a deliberate attempt to shift the blame onto an EU member state, John Humphries on the Radio 4 Today programme challenged the Irish Europe minister that Ireland should leave the EU and “throw in their lot with this country.”

If only Humphries and others had listened more to what moderate and sensible MEPs have been saying on the EU rather than extremists like Jacob Rees-Mogg and serial liars like Boris Johnson, perhaps we would not be in the mess we are in today. Belatedly, perhaps, our time has come.

MPs seem to have lost sight of the fact that the Withdrawal Agreement needs to be ratified by MEPs. And the European parliament will not support amendments that undermine the single market or the Irish backstop and hence the legally binding Good Friday Agreement.

And the EU must hold its nerve through the Westminster chaos. It must, and I believe will, ignore last night’s theatrics at Westminster, which was really all about shifting the blame of the Brexit chaos and the disastrous consequences of leaving the EU away from an incompetent government and onto the EU27.

But equally depressing is Labour’s complicity in the fantasy of alternative deals and shoring up the Brexit chaos.

Fourteen Labour rebels (see here) voted with the government against Yvette Cooper’s amendment which would have forced Theresa May to extend Article 50 beyond March 29th in order to avoid a No Deal Brexit.

These Labour MPs voted against giving Parliament the power to save the country from an extreme Brexit. They are running scared of their own voters, preferring the current chaos to making a strong case for why Brexit will be deeply damaging to the lives of their constituents.

But the Labour leadership are equally to blame. Its support for the Cooper, and the equally powerful Grieve amendment – which would have handed power back to the Commons to amend and vote on Brexit – was late and half-hearted. We desperately need Jeremy Corbyn to oppose with conviction.

In particular, he must stay true to Labour’s conference resolution and, now that the vote of confidence has failed to secure a general election, come out in support of a ‘People’s Vote’.

Which brings us to the only amendment that will have any traction with our EU partners: the one that proposes we take this whole sorry mess back to the people. The best deal of all? Our current membership of the EU.