While elites puzzle over why societies are 'polarising', leading progressive policy experts and campaigners send a message to the World Economic Forum. 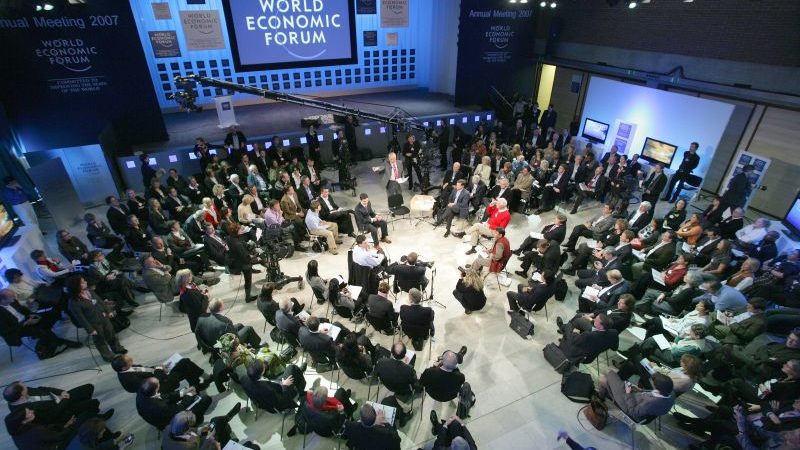 As the world’s business and political elite gather for the World Economic Forum in Davos, ‘populism’ and ‘polarisation’ are on the agenda.

A survey of those attending has highlighted two key fears: climate change, and division in society. Yet these are crises they helped to create.

As Aditya Chakrabortty noted in the Guardian this week, it is “akin to arsonists wailing about the flames from their own bonfire.”

“For decades, they inflicted insecurity on the rest of us and told us it was for our own good. They have rigged an economic system so that it paid them bonanzas and stiffed others. They have lobbied and funded politicians to give them the easiest of rides.”

Other observers have noted the focus on ‘Globalisation 4.0′ marks an attempt to rebrand neoliberal globalisation: unregulated markets and a race to the bottom on workers’, environment and social rights. As one professor pointed out: “They’re trying to solve poverty and rising inequality using tools that ultimately modify the excess of a machine that increases inequality — it’s pathological in a sense.”

Oxfam have found that the wealth of the world’s billionaires increased $900 billion in the last year, which is $2.5 billion a day, while last year 26 people owned the same as the 3.8 billion people who make up the poorest half of humanity. This is no ‘accident’: it is a result of systems we have in place, upheld and supported by elites.

To mark the Inequality Week of Action, Left Foot Forward exclusively published this letter from leading progressive policy groups and NGOs, highlighting the fact that inequality is political – and it requires bold solutions.

Letter: Inequality is a matter of choice

While the elites sip on their apres ski at Davos, apparently pondering on how to improve life for the rest of us, the reality is that years of cuts to public services have made poverty a serious human rights concern in one of the wealthiest countries on earth. That’s why the UN Special Rapporteur on Extreme Poverty and Human Rights, Professor Philip Alston, visited the UK last November.

Alston issued a damning report: “Successive governments have brought revolutionary change in both the system for delivering minimum levels of fairness and social justice to the British people, and especially in the values underpinning it.”

Tax, social security and public spending changes since 2010 have had a disproportionate effect on people already struggling the most, including households with disabled people, lone parents and working families with children. Regional disparities and wealth inequality have risen and income inequality is forecast to grow in the coming years.

Only a fair tax system, where the wealthiest contribute more, can provide our society with the necessary means to ensure adequate housing, healthcare, good quality education and other social rights. And the UK Government’s devotion to privatising public services, which extends to our foreign aid policy,  is extracting profit from some of the world’s poorest nations.

In his preliminary report, Alston reproached the Chancellor for not ending the benefit freeze, instead choosing to change income tax thresholds to benefit those who are better off. Choice is the keyword here. The UK has the means to end poverty and reduce inequalities. It is a matter of political choice not to do so.