The article Mcvey shared said her claims were "potentially confusing" 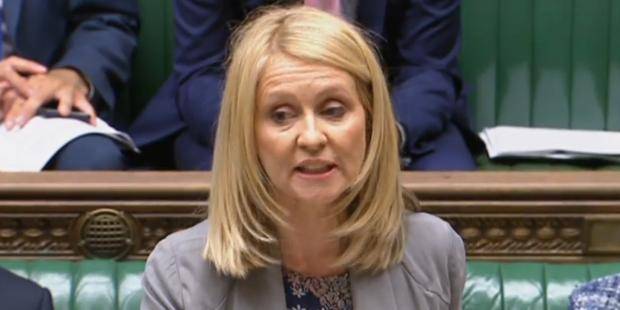 Former Work and Pensions Secretary Esther Mcvey has been mocked on social media after sharing a fact-checking article which she thought supported her.

In fact though, the article says her claim that there could be an “implementation period” for a no-deal were “potentially confusing”.

“So what we’ve got to do, is calmly look at … how do we have a situation that works for both sides and an implementation period for a no deal?”

The factcheckers at Full Fact said that an implementation period can mean several different things.

Defined as a standstill period after 29 March where the UK prepares to trade with the EU under World Trade Organisation terms, an implementation period would have to be agreed with the EU and approved by Parliament.

Defined as the agreement in Theresa May’s withdrawal agreement that the UK will stay a member of the single market and customs union for two years after leaving the EU on 29 March, this will only happen if it is agreed by Parliament and the EU before 29 March. If there is no deal, this will not have happened.

Both of these types of implementation period require some sort of deal with the European Union.