They're just doing what everyone else does 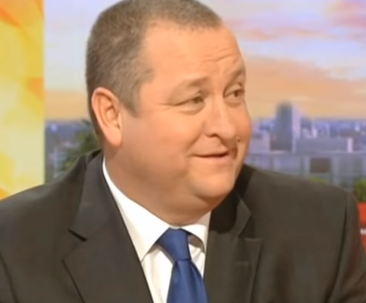 Apologists for inequality celebrate The Sunday Times Tax List, but we shouldn’t laud the super-rich for just doing what everyone else does.

This weekend, The Sunday Times released its Tax List, estimating that the top 1% of earners accounted for 28% of last year’s income tax receipts.

The list’s compiler, Robert Watts, noted that the ‘super-rich are often castigated for not paying their fair share of tax’ and for ‘deploying all tax avoidance measures at their disposal’. The new list is intended to recognise those who contribute the most towards our public service.

In this respect, it’s a worthwhile initiative. The public esteem resulting from being on the list provides a powerful incentive not to dodge the tax on which our schools, hospitals and public transport depend. But we should be wary of going over the top in our praise.

In paying their taxes, those lucky enough to join the Tax List are just doing what everybody else does.

That this blindingly obvious point needs repeating doesn’t just reflect the massive inequality in the UK.

It’s massively worrying that we feel the need to praise these plutocrats for basic adherence to the spirit of the law.

It’s also worrying that those at the top can treat taxpaying as a whim rather than a requirement or a responsibility.

Robert Watts also compiles The Sunday Times Rich List, blogging that, over its three decades, the ‘self-made’ have leapfrogged the ‘landed gentry’. And they’re wealthier than ever.

Fair enough, some might say. We should be celebrating the risk takers and wealth creators. It’s great that people like Sir Jim Ratcliffe – a go-getting chemicals giant raised on a council estate – have replaced those who just inherited land. Provided they pay their taxes, let them enjoy their wealth. Anything else is just the politics of envy.

It’s worth noting that Ratcliffe has announced he is moving to Monaco, joining the super-rich who threaten capital flight to get their own way.

Further, there are serious democratic implications about a small number of individuals amassing a huge amount of wealth while the state relies on taxation to redistribute a small portion of it so that most of its citizens can just about get by.

Over at Davos last week, the head of the IMF, Christine Lagarde, warned that the financial sector in particular can’t just single-mindedly pursue profit, it has to take into account multiple stakeholders.

Lagarde’s comments matter because the City of London pervades the Rich List. There are 169 entries from the financial sector with 46 from hedge funds alone.

The issue is not that these super-wealthy individuals don’t need their great riches. Patently, they don’t.

The issue is that massive inequality reflects the wrong business ethics.

There should be great reward for people who take great risks. But there should also be a recognition that a business is a collective effort.

As well as sheer luck, successful entrepreneurs need the skills, productivity, and commitment of their workers. Just paying your taxes doesn’t cut it.

A business cannot be called successful its employees and consumers can barely afford to live.

As the Resolution Foundation’s Low Pay Britain 2018 report showed, the lowest paid are the likeliest to work for the biggest firms.

Some of the individuals on the tax list, including Mike Ashley of Sports Direct and the Weston family of Primark have made their fortunes from ownership of companies with a record of low pay and poor working conditions for their employees

The Tax List and Rich List shine a valuable light on how wealth is created and distributed in the UK, encouraging the wealthiest to pay their taxes.

But when a democracy cannot regulate its economy so that the majority enjoy a decent standard of living while its wealthiest are praised for meeting their basic social obligations, that democracy risks becoming an oligarchy.