Though not perfect, Osamor started Labour on a path to a genuinely democratic, progressive international aid policy. Here's what her successor must build on. 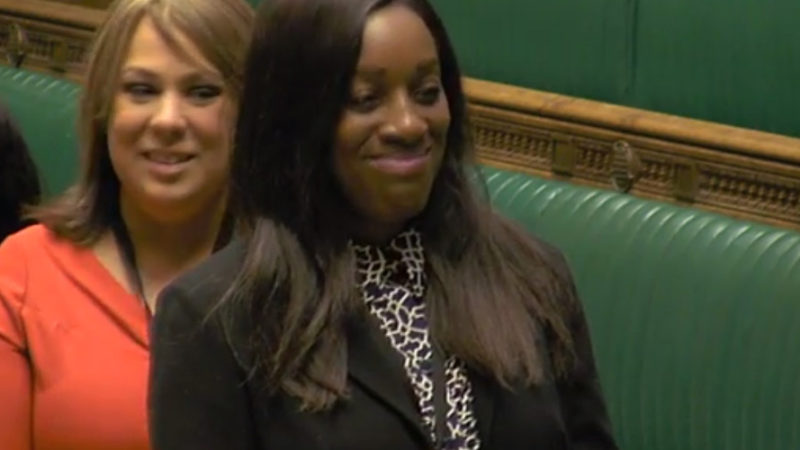 Much has been written about the circumstances that led Labour’s Kate Osamor to resign as Shadow Secretary of State for International Development last weekend. But there is also a legacy at risk of being forgotten.

Supported by a highly capable Task Force, Osamor reached out to a wide range of individuals and groups in order to better understand how a Labour government might address the root causes of global poverty and related injustices. This process culminated in the publication of a policy paper, ‘A world for the many, not the few’, in March this year.

There is a lot to like in this document and a few points in particular are worth highlighting. Clearly informed by cutting edge thinking, it commits to focus on reducing income inequality as well as poverty in the Global South. And while unfortunately it does not pay nearly as much attention to tackling inequality of wealth, it is an explicitly feminist policy.

It is also unusually adept at analysing aid and putting it in context: used properly, aid has a role to play in facilitating transformative change – but, even then, it is undoubtedly a limited instrument.

The ‘used properly’ part is where Osamor has been notably outspoken in recent months. She has regularly criticised the spending of UK aid on enabling the privatisation of public services. This is a major concern of progressive civil society organisations working on education and health.

Moreover, Osamor was quick to call the Conservative government’s widely condemned proposal to change international aid rules (so that profit on the government’s investments would count as aid) “an outrageous distortion of the country’s overseas development programme.”

Yet Osamor underappreciated two key issues. The first is how politics and institutions fundamentally shape a country’s prospects for equitable and sustainable development. Understanding the political and institutional landscape is crucial for identifying ‘good fit’ actions that can initiate progress and forge momentum.

Indeed, building state capacity in the Global South will not be achieved by importing ‘best practices’ to solve problems; rather this requires local solutions (potentially supported by external actors) that are generated through learning and adaptation. Osamor engaged with the politics of development in the UK (including the need to ensure coherence across government departments) – but not in the Global South.

The second issue that Osamor should have paid far more attention to is debt. For example, while ‘A world for the many, not the few’ makes several unambiguous pledges on tax, it has little to say on debt. Beyond the important promise to end support for public-private partnerships, the paper only offers a vague commitment to support ‘debt cancellation mechanisms for unpayable debts’.

Tax justice is crucial – the Global South loses an estimated $200billion to tax dodging every year – but so is debt justice. The external debt payments of the Global South increased by 60% between 2014 and 2017. Eighteen countries in sub-Saharan Africa alone are now in danger of slipping into a major debt crisis.

‘So many untransparent loans to Global South governments are given under UK law, which must be changed to ensure transparency. British legislation on vulture funds (those which invest in poorly-performing states or assets) needs to be enhanced. It is puzzling that Osamor did not take this threat from debt more seriously.

Overall, Osamor should be commended for putting unjust power relations, human rights violations and the failure of neoliberalism at the heart of Labour’s international development agenda. Dan Carden, Osamor’s interim successor, should build on her many achievements.

But regardless of the circumstances of Osamor’s resignation, Labour should also address the blind spots noted above. That would make a strong legacy even stronger.

Sunit Bagree is a policy and advocacy specialist who has worked on a wide range of global justice issues. He is based in London.