Over 250 young people have signed a letter calling on MPs to "protect their future". 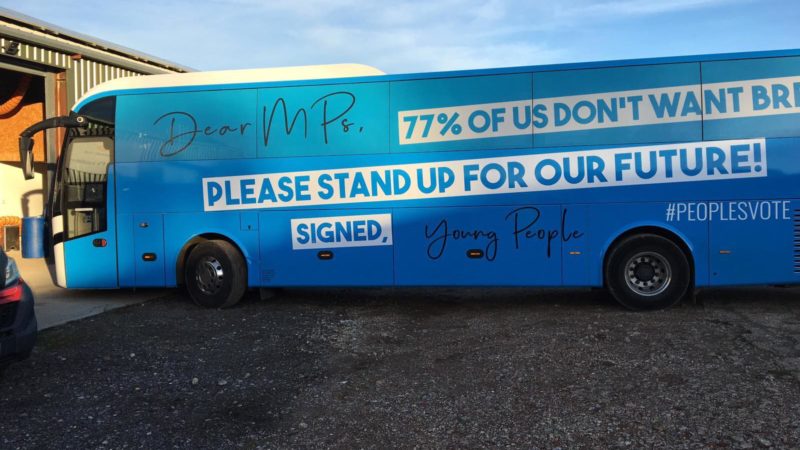 It’s been an unconventional couple of weeks for members of the House of Commons, with delayed debates on Brexit and no-confidence votes galore.

So perhaps a letter from concerned young people will bring some sense of normality to MPs. Except – this one is also about Brexit.

Spokespeople for twelve youth organisations have signed a letter demanding a People’s Vote.

The letter, lead by the youth wing of the Green Party of England and Wales, reads:

“We represent the young people and students of this country who are relying on you to protect their future as you tear our country away from Europe.

“We did not endorse this future for our country. We know the grave risk it presents to the stability of this country, our economy, and our futures. That is why 70% of us under 25 voted to Remain.”

The letter followed an attempt to takeover Parliament on December 12, when over 250 young people tried to lobby MPs on the matter. While as many as 40 MPs came to speak to protesters, campaigners felt the gesture was not enough.

“You were denied a vote and denied a voice. Just as you have demanded to be heard by the government, we demand to be heard by you. We are done being ignored by the very people who claim to represent us. Think about our future – and yours.

“Nearly two million more young people have joined our ranks as eligible voters. We are leading the fight of our generation. We have a simple message for you. We demand a People’s Vote with the option to Remain in the European Union.”

Among the signatories are the co-chairs of the Young Greens, Liam McClelland and Rosie Rawle, as well as Our  Future our Choice spokesman, Femi Oluwole, and the co-founders of For Our Future’s Sake.

“We are the first generation set to be worse off than our parents, and will not enjoy the opportunities to live, love and study in 27 other countries which free movement gifted to them. Under 24s overwhelming voted to remain in the 2016 referendum, while a whole generation who will lose their future to Brexit were too young to vote at all.

“The only democratic way forward is to give the people of Britain a say on what happens next with a People’s Vote on Brexit.”

Theresa May has pledged to hold a parliamentary vote on her Brexit deal in mid-January 2019. A mere two months before Britain is to officially withdraw from the European Union.