The right's rhetoric in 2016 was frighteningly effective. Remainers need to be prepared and speak to the 'left behind', writes Green MEP Molly Scott Cato. 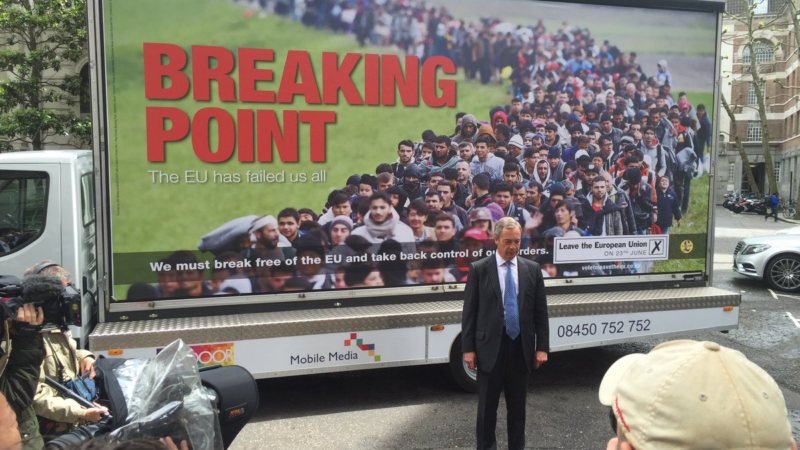 Now that Theresa May’s deal has hit the buffers, attention is increasingly turning to a People’s Vote as the best way out of the mess created by Brextremist fantasists. Such a referendum will not be easily won for ‘remain’.

Many of us have always known that the best possible deal is our current deal inside the EU. But we cannot afford to be complacent.

A return to the status quo, even though the UK has one of the most advantageous of all EU membership agreements through its unique benefits and opt-outs, will not be enough. A failure to address the underlying problems that led many people to vote for Brexit in the first place could lead to remain losing again and maintain the bitter divisions so evident in our country.

We all know from our conversations with Brexit supporters that most of their dissatisfaction was with the failure of British politics after a decade of exhausting austerity and an inexorable rise in inequality.

David Cameron put the EU up like a target for all the dissatisfaction and desperation people felt and they responded by voting to Leave. As a representative of some of the country’s most deprived communities – both urban and rural – I know that they will be far worse off under any form of Brexit. But as well as trying to stop Brexit I’m working with organisations  like Common Ground to share a vision of a transformed Britain.

One important proposal is the creation of a Jumpstart Fund to shift cash away from London and into the regions. The idea of ‘left behind communities’ has tended to focus on post-industrial towns in the north, but other areas, including my own region the South West, have significant concentrations of poverty.

For example, In West Somerset and Weymouth & Portland, more than four in ten people earn less than the voluntary living wage, the highest levels in the country and much higher than the national average of one in four.

The South West has a wealth of natural and human resources but has been starved of investment. Transport spending is more than three times greater per head in London than it is in the South West. The idea of the Jumpstart Fund is that it would provide local authorities with extra money to invest in improving skills, public infrastructure, the quality of housing, and local transport links as well as to encourage business development.

But we need this to go a step further and become a ‘Green Jumpstart Fund’ focusing on the green transition needed to address our climate emergency. For my region, it should be used to jumpstart the idea of a ‘Western Powerhouse’ – investing in the world-beating renewable energy resources of our region: upgrading our dilapidated railway infrastructure and ending fuel poverty by insulating thousands of damp and cold homes.

Perhaps above all, it was anxiety around the crisis in the NHS – mobilised by that Big Lie on the side of a bus – that persuaded people to vote Leave. Amazingly, nearly half the British public still believe the false claim that the UK sends £350m a week to the EU, despite this myth being well and truly debunked.

It is the Conservative government that has starved the NHS of vital resources, preferring instead to cut taxes for the wealthiest corporations and individuals. I’m proud of Green policies to shut down tax loopholes and increase taxes for the better off to make sure everybody can enjoy the properly funded healthcare system they deserve.

We’re the only party left championing free movement, believing that the ability to live, work, study and love in 27 other countries is a massive benefit of EU membership. But we accept that the taxes paid by newcomers in our communities are often sucked into London to pay for massive projects like Crossrail – while our infrastructure remains broken and unrepaired.

Local councils should receive a fair share of the income taxes generated by their residents so that they have resources they need to fund housing and other social services properly.

The vote for Brexit was primarily a vote for social justice and a cry for help by those who could not make ends meet. Hearing and responding means changing the way British society works.

Those of us who want a People’s Vote to reverse the decision to leave the EU have a particular responsibility to ensure that, if we are successful, British society is transformed – and especially for those who voted Leave.

Molly Scott Cato is Green MEP for the South West and Gibraltar.