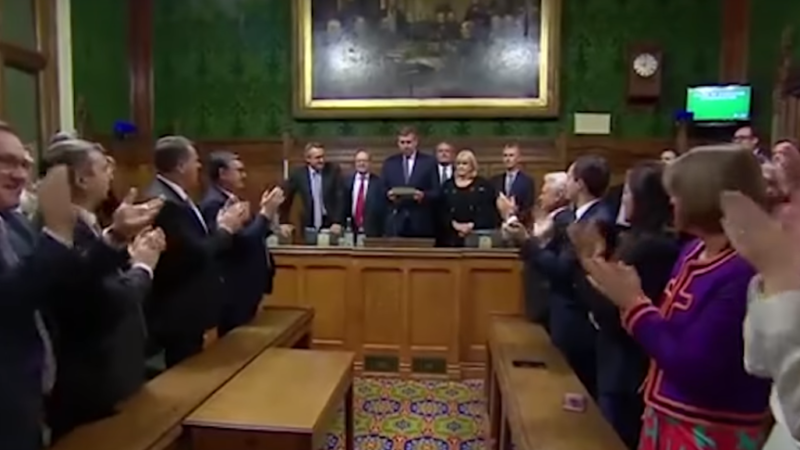 For a group that like to on about the ‘will of the British people’ a lot, Conservative MPs sure are terrified of letting the public vote on them or their Brexit plans.

On Wednesday morning, Theresa May seems to have been desperate for every vote she could get. So desperate, that she did two things.

Firstly, her whips let two former Tory MPs vote who had been removed from the parliamentary party because of sexual harassment allegations.

Labour’s Jess Phillips and Dawn Butler rightly called this “totally despicable” and a “betrayal of women”.

Secondly, she said she would not lead the Conservative Party into the next general election, scheduled for 2022 despite wanting to “in her heart”.

She did this because, as her loyal ally James Cleverley said: “She recognises a lot of people are not comfortable with her leading us into a future general election.”

Why aren’t these Tory MPs comfortable with that? Because they know the public don’t like her and won’t vote for her – meaning these Tory MPs might lose their cushy jobs and the power and prestige that being an MP brings.

What they are comfortable with is letting a Prime Minister who they know the public don’t like rule the country for a vitally important six years – from 2016 to 2022.

In that time, she and them will have only faced the country once, in 2017, when she dodged the leaders debate and lost seats.

Not only that but they don’t want the public to have a say on her Brexit deal or the near-to-no-deal that many of them support.

Theresa May has no mandate to lead the country. Her Brexit deal and no-deal have no mandate either – and Tory MPs know it.

Unfortunately though, the parliamentary arithmetic means there’s nothing that the opposition can do.

Labour could call a no-confidence vote but if the Tories and the DUP want to avoid the people in a general election, they’ve got the numbers to do so.

When a general election does eventually come though, let’s hope people remember how they clung to power and dodged democracy.

Joe Lo is a freelance journalist who writes regularly for Left Foot Forward. Follow him on Twitter here.