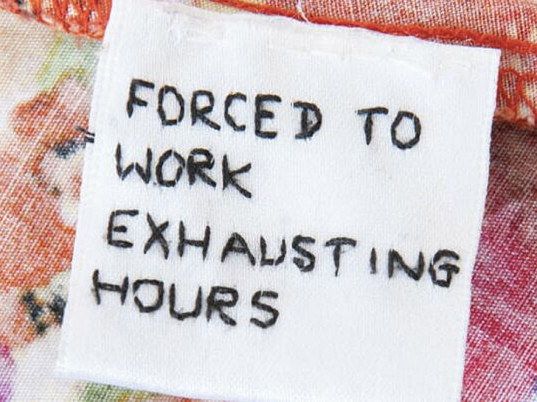 Governments and investors everywhere should take notice today as a group of major brands call for protecting human rights defenders and civic freedoms, which are under attack across the world.

The statement is the first of its kind, with supporters including Unilever, Adidas, Primark, ABN AMRO, Anglo American, Leber Jeweler, Domini and the Investors Alliance on Human Rights, and stresses that when human rights defenders are under attack, so is sustainable and profitable business.

Since 2015, we at Business & Human Rights Resource Centre have tracked more than 1,300 attacks on activists working on human rights issues related to business.

Nearly six in ten countries are seriously restricting people’s freedoms of association, peaceful assembly and expression, according to CIVICUS. Civil society organisations are under pressure and human rights defenders, including trade unionists, anti-corruption activists and journalists are increasingly threatened, attacked or killed.

Human rights defenders, civil society organisations, international organisations and progressive governments have been insisting for years that this situation is unacceptable; that if civic freedoms which allow citizens to propose solutions to social problems, and to push governments to respect and protect human rights, are eroded, so are any prospects for sustainable development and just and inclusive economic growth.

Now, these voices have been joined by a group of powerful allies: well-known brands and investors who are vocal about how they, too, depend on the rule of law, accountable governance, stable investment environments and respect for human rights.

They committed “to find effective ways business can positively contribute to situations where civic freedoms and human rights defenders are under threat”.

As Paul Polman, CEO of Unilever & chair of The B Team, says:

“Given the increasing vulnerability of human rights defenders and shrinking space where they can operate safely, business has a role and a responsibility to defend and promote fundamental rights and freedoms.”

Take for example the 500 employees at Google who recently teamed up with Amnesty International to call on the company to #DropDragonfly – Google’s proposed search engine for China, which would have allowed censorship and state surveillance.

Consumers reward such behavior and are encouraging companies to play a more ethical role in society – to have an opinion and stand up for the things their customers care about. One study, for example, found that “three-quarters of consumers would stop purchasing from a company if it shared a different perspective on these social justice issues.”

Generation Z consumers are the most likely to favor social action by companies: according to 2017 research, 94 percent of Gen Z respondents believe companies should help address critical issues. That figure compares with 87 percent of Millennials, 83 percent of Gen X and 89 percent of Baby Boomers.

On the eve of the 70th anniversary of the Universal Declaration on Human Rights, this statement sends a clear message that the current wave of attacks is intolerable for leading companies and investors.

“Human rights defenders work to ensure that every person has access to quality education, a decent job, secure housing, a healthy environment and a doctor when we’re sick. By standing alongside human rights defenders, leading companies protect this critical contribution to a more positive future.”

The next step is the practical implementation of these commitments. While hesitance or even skepticism on the side of civil society is understandable, this statement should be a signal that business is not homogenous and that some can be partners on these issues.

Governments should work with these and other leading businesses to act on their own commitments to protect civic freedoms and human rights defenders, and do so multilaterally, for example through the Organisation for Economic Co-operation and Development.

Meanwhile, other companies from all sectors should quickly catch up, and take on this increasingly inescapable agenda – it is their short and their long-term interest to do so.