As MPs discuss the infamous eviction law known as Section 21, Sophia Turner explains why it should have been scrapped a long time ago. 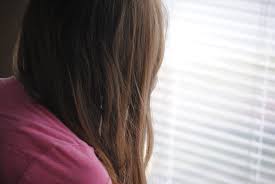 As the Brexit discussion rages on, another debate is taking place this week which considers housing legislation that, if removed, would drastically improve the wellbeing and security of England’s 11 million renters.

Today, MPs will debate “the use of Section 21 evictions in the private rented sector” in Westminster.

Section 21 gives private landlords the right to evict tenants without a reason. They did so more than 24,000 times last year, almost 500 evictions every working day – and the frequency is growing. Introduced under the 1988 Housing Act, Section 21 evictions can be served with two months notice to private renters after their fixed-term contracts have ended, which for most is six months. Thirty years later and rents are spiralling, one in 200 people are homeless, and home ownership is at a 30-year low.

Many argue it’s now time for a change.

As MPs debate the use of Section 21, here are six reasons why ending it is a good idea:

1. No one should live in constant fear of losing their home. Moving is stressful and expensive, especially for the two thirds of us without savings. Such insecure tenancies are not suitable for older people and families with young children who may be forced to move schools, yet their numbers in the private rental sector are growing.

2. We’d see better standards in private rental properties. Many private renters are not reporting problems like leaks, mould, infestation and dangerous wiring for fear of eviction. According to the government, almost a third of private rented properties are failing their own basic health and safety standards. Despite some changes, the law still fails renters; scrapping Section 21 will stop landlords getting away with it once and for all.

3. It would end what has become the biggest cause of homelessness in England. With over two hundred families a week in England becoming homeless under Section 21, keeping it in place is undermining any government attempts to reduce homelessness. This needs to be accompanied by welfare reform to stop people falling behind on their rent.

4. Our limited housing should be looked at as homes, not investment assets. Section 21 allows landlords to evict and cash in when the price is up. This has made buy-to-let a popular investment and is driving up house prices that trap would-be buyers in private renting. Scrapping it would discourage this opportunist rent-seeking and help first-time buyers.

5. Landlords would still be able to evict when things go wrong. It’s not as if ending Section 21 would mean that landlords won’t be able to take action when tenants don’t pay their rent or damage property. Landlords can evict using a different route, Section 8, and provide the grounds for it.

6. If it works in Scotland, why not here? Scotland scrapped evictions without grounds last year, joining Germany, the Netherlands, Denmark and others across Europe.

The government says that it is committed to make renting more secure, but how can it if landlords can evict tenants for no reason at all? We depend on private landlords, and those reasonable and responsible have nothing to fear. But too many are inexperienced and opportunist, hiding behind the letter of an old law.

Brexit or not, if the government doesn’t end Section 21, it cannot ensure the basic human right of decent housing for millions of renters in England.

The End Unfair Evictions campaign is fighting got the abolition of Section 21 no-fault evictions. It is a partnership between Generation Rent, London Renters Union, ACORN and the New Economics Foundation. More info: www.endunfairevictions.org

Sophia Turner is a member of the End Unfair Evictions campaign.