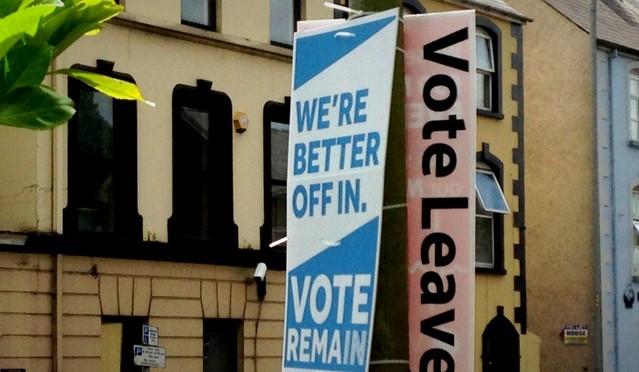 History is happening right now, and young people have the chance to shape it.

In article for this site last week, John Denham said Remain campaigners are ‘failing to listen to England’ outside London. He’s wrong.

The organisation I belong to, Our Future, Our Choice, has held hundreds of events across the country, in every region and nation of the UK. We’ve campaigned in Loughborough, taken over Stormont Parliament, and have local groups from Newry to Nottingham.

In rejecting calls for a fresh vote, he suggests that the progressive response would be simply to go ahead with this blindfold Brexit – where all hopes are pitched on the non-binding and unenforceable political declaration.

It cannot be described as progressive to knowingly implement a policy that leaves the most vulnerable in society poorer and less in control of their futures.

But perhaps more than anything, he is wrong to suggest that we are silencing and marginalising these same people.

I myself have travelled across the UK during the dark months of winter, and what I have seen has filled me with hope for the future and the next generation.

Whenever I talk to young adults and ask them how to improve the country, I usually hear about the same issues that the average Brit faces. I have heard hundreds of stories about the loss of local NHS services, the lack of local police officers, and underfunded schools across the UK.

These young adults always ask about how Brexit will help them in their lives. They are dismayed at the answers. When they discover how Brexit may cost them up to £108,000 each by 2050, and will not give them more sovereignty, there is dismay and devastation. The lack of knowledge and understanding of the true consequences of Brexit by the generation who will foot the bill is terrifying. It makes listening to them all the more important.

The ‘Norway option’ suggested by Mr. Denham fails to take back control. It leaves us half-in, half-out, pleasing no-one.

Like many other options, it has no parliamentary consensus, and is not backed by the British people, even in polling.

But most damagingly for Mr. Denham’s argument, there is little attempt by those pushing for Norway to engage with Leave voters.

It is a politicians’ concoction – an attempt to pay lip-service to Brexit without actually doing it.

If advocates for Norway had invested the time and the effort that People’s Vote campaigners have put in, it may have seemed a more realistic option.

But there has been little or no discussion of it outside of back-rooms in Parliament and the newspapers so heartily enjoyed by the Westminster bubble – it is therefore open to the same criticisms that Mr. Denham levels at the People’s Vote, without the broad support that exists in the country for a final say.

Mr. Denham disagrees with me less than he suspects. We want the same things – a brighter future for the whole country, a politics that addresses the real complaints inducing people to vote Leave, and for Brexit to be over, once and for all.

Whichever way it goes, a People’s Vote brings us closer to these goals.

Cathleen Clarke is Mobilisation Officer at Our Future, Our Choice and a member of Momentum.

See also: “People’s Vote campaigners have failed to listen to Leavers. They may find a compromise is better than a nightmare”