The treatment of Jasvinder Sanghera shows that the Establishment remains in charge of the second chamber, writes Barrister Dr Charlotte Proudman. 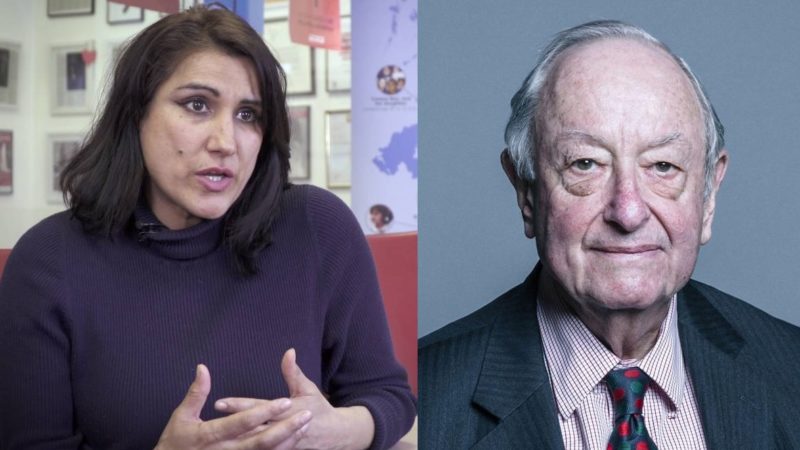 Just last month, Lord Hain invoked parliamentary privilege and named Arcadia boss Phillip Green in Parliament over sexual harassment claims. The public purpose served by such messaging is to encourage other women to come forward and report wrongdoing. Sadly, those efforts may already be unravelling.

Lord Hain’s determination to speak truth to power made me re-evaluate my own scepticism about the role and purpose of our unelected Upper House – the second largest decision-making body in the world after China’s National People’s Congress. Alas, my hopes of a progressive Upper House were soon dashed.

A few weeks ago, the story of Jasvinder Sanghera, a women’s rights campaigner, hit the headlines. She had reported Lord Lester to the Lords’ Commissioner for allegedly saying to her: “If you sleep with me, I will make you a Baroness within a year.”

She claimed the inducement was followed by a threat of consequences if she did not capitulate. Lord Lester vehemently denied the allegations. After thorough investigation that lasted some 12 months, Sanghera’s allegations were vindicated by three House of Lords inquiries.

The Lords is the living personification of the Old Boys’ club. Founded in 1539, the average age of Peers in the Lords is 70, and only a little over one third are women. Really, I shouldn’t have been surprised that the MeToo movement, which hit institutions across the world including Westminster, left the House of Lords unscathed. That was until Sanghera dared to have the courage to share her story.

I have had the great pleasure of sharing a feminist platform with Sanghera. She spoke passionately about campaigning against forced marriage and honour-based violence for the last 25 years. Sanghera left home at the age of 14 to escape a forced marriage.

Sanghera decided to waive her anonymity as the woman at the centre of the Lord Lester complaint – an exceptionally courageous step.  She explained that she felt a “phoney” encouraging other women to break the silence about abuse yet she had remained silent.

Rallying for the establishment

Yet, as Lord McFall has noted, Lord Lester and his colleagues supported the complaints process in 2009 when other peers were subject to it. He only criticised the process when a decision was made to his detriment. Funny that.

The Old Boy’s network complain that the cards were stacked against Lord Lester because he was not able to cross-examine Sanghera himself – himself. In criminal sexual abuse trials, the accused are generally prohibited from cross-examining complainants to avoid retraumatising complainants all over again.

The investigation involved extensive questioning of both Sanghera and Lord Lester, as well as their respective witnesses. Jasvinder Sanghera put forward six witnesses, including a judge, who spoke with Sanghera immediately after the event – paradigmatic evidence of what in law is called ‘recent complaint’ evidence. Even if Lord Lester had cross-examined Sanghera, how would that have changed the outcome?

Lord Lester’s allies then embarked on a deplorable media campaign to discredit Sanghera. Exercising a fatal error of judgment, Lord Pannick – who is supposedly one of our country’s most eminent lawyers, took to the airwaves on Radio 4’s Today’s Programme and wrote an article in the Times newspaper to highlight an irreconcilable inconsistency in Sanghera’s story.

After the incident, Sanghera signed a book for Lord Lester with a personal message of gratitude. Lord Pannick failed to mention that the book was signed at Sanghera’s book launch at the request of Lord Lester in front of an audience of over 100 people.

Lord Pannick mobilised his colleagues and organised a debate in the Lords which culminated in the Lords voting 101 to 78 to block the imposed suspension of Lord Lester until June 2022. Instead, the case was sent back to the committee. The debate descended into a trial of Sanghera, with peers acting as both judge and jury.

Baroness Jones’ described the attitudes during the debate as “misogynistic” and “victim-blaming”. Lester supporters unleashed all the unsavoury myths of bigoted sexual discourse that we have been trying to dispel in our criminal courts.

Lord Taverne argued that if Sanghera had been cross-examined, it was likely that “sufficient doubts would have been raised for the charge to be dismissed”. Lord Thomas added that Sanghera’s decision to waive anonymity and give an interview to the Times “goes to credibility… it makes a mockery of our procedures, and I can only hope that a charity has fully benefited from her”.

Lord Warner added that “we now have enough experience of false claims to know that evidence must be properly tested before people’s reputations—usually men’s—are trashed unfairly.” The same tired trope that women falsely cry rape is churned out with no empirical evidence.

The Lords’ debate was a means of maintaining the status quo: where the power of those in the Lords remains unchecked, and women fear the devastating repercussions of reporting sexual harassment.

Peers attempted to usurp justice by demanding that Lord Lester’s punishment is reconsidered. During the debate, those in the echelons of power appeared ‘untouchable’ and immune from accountability, which undermines the faith in our democracy.

Indeed, Lord Thomas commented that the rules “may be here today, but they will be scrapped next week…” The suggestion is that when the rules do not work for the benefit of men subject to them, they will be overturned.

Fortunately, the conduct committee confirmed that it stands by the decision to suspend Lord Lester and consequently, it looks likely that he will be suspended.

We know from the watershed movements of MeToo and Times Up that sharing stories about sexual abuse encourages other women to come forward. It can engender a cultural shift in attitudes towards gendered abuse.

At first glance this case might appears as an example of the regression of the women’s rights movement rather than progression. But we must not underestimate the progress that has been made. Sanghera’s allegations were investigated. Thoroughly.

They were upheld, despite a range of barriers: the incident was historic, occurring over 12 years ago; Sanghera was the first woman to report a peer for sexual harassment; and the Lord concerned had the Establishment at his beck and call.

In reality, long-lasting change will only ever occur when there is gender parity in male-dominated spheres. The House of Lords is an outdated institution that represents the few not the many.

It is in dire need of radical transformation. If that is not possible, then it must be eradicated and and replaced with a modern democracy underpinned by equality.