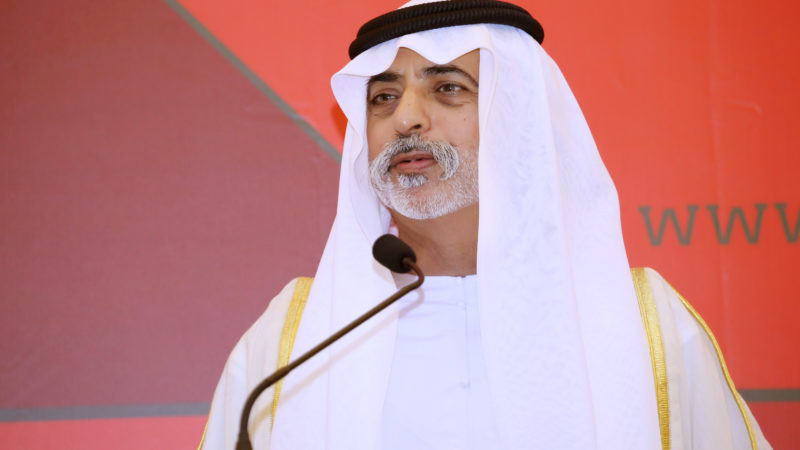 The Vice-Chancellor Judie Lyon was among those who flew to Dubai to open an engineering facility and award ceremonial honours to the two sheikhs.

Sheikh Ahmed bin Saeed Al Maktoum runs state-owned business like Emirates Airlines and was made a USW ‘international patron’. Sheikh Nahyan bin Mubarak Al Nahyan headed the UAE’s Ministry for Culture, Youth and Social Development and is now the “Minister of Tolerance”. Both were given honorary doctorates.

But while the glitzy ceremony took place, in another part of the UAE a British PHD student called Matthew Hedges was in his fourth month of solitary confinement.

Thirty-one year old Durham student Hedges was accused of spying. He has now been released on bail but his passport has been seized and he must attend a court appearance on 21 November.

A spokesperson for the International Campaign for Freedom in the UAE told Left Foot Forward:

“It speaks volumes that, as the Vice Chancellor of USW was cosying to top UAE officials, a British PhD student was languishing in an Emirati jail for carrying out basic academic research in the country.”

“Surely, the VC is aware that the Emirates is a repressive state, where free speech is suppressed, and dissent often ruthlessly punished? It is nothing short of a disgrace, that she so willingly hobnobs with a government who, in recent years, have gone to great lengths to stamp out any form of debate that dares challenge the status quo.”

“By forging ties in such circumstances, USW is actively whitewashing the UAE’s appalling human rights record. British universities should instead be standing in solidarity with the dozens of Emirati academics and students who have been locked up for exercising their basic rights to freedom of speech and assembly. Staff and students alike should break with management and demand an academic boycott of the country.”

The UAE is not the only repressive regime which USW has dealings with. It has signed memorandums of understanding with the state-owned Gulf Aviation Academy of Bahrain and Kuwait Airways. Might more honours for representative of repressive regimes be around the corner?

The University of South Wales did not respond to a request for comment.