The Leader of the Opposition said he'd "relish" a televised head-to-head. 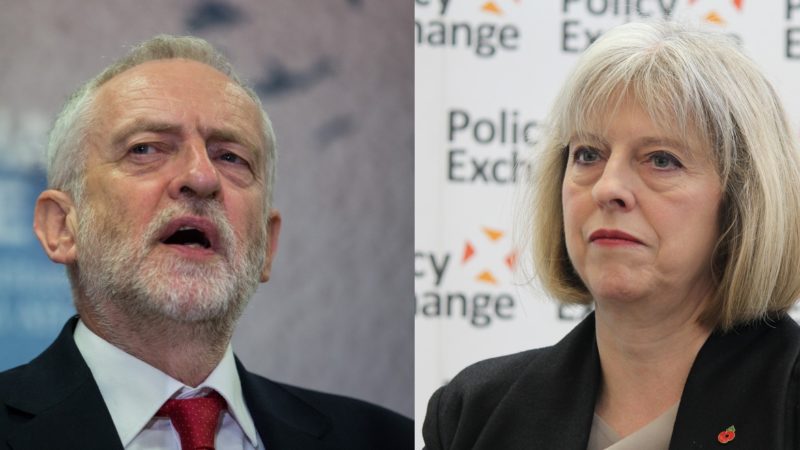 She is infamously known for having made Amber Rudd replace her during a general election televised debate, mere days after the then Home Secretary had lost her father.

But now the final Brexit deal is out, the PM is eager to argue it out.

And while Jeremy Corbyn’s office took a few hours to respond – triggering many a pundit to suggest they’d eat their hat if he agreed – the Labour leader gleefully rose up to the challenge.

Responding to May’s pathetic last ditch attempt to save her government, a Labour Party spokesperson said:

“Jeremy would relish a head to head debate with Theresa May about her botched Brexit deal and the future of our country.”

Unsurprisingly, the internet lost it.

Here are some of the best reactions from last night’s announcement:

The one inspired by Mortal Kombat

May demands debate on the deal… she didn’t even want a meaningful vote! Suggest we lock May in a room with Arlene Foster, Farage, Boris and Andrea Jenkyns. Like in Big Brother, and the rest of us just invest in 🍿 and place bets on who switches to Remain first…

The I Remember What You Did (not do) Last Summer one

Theresa May wants to do a TV debate with Jeremy Corbyn to defend her Brexit deal.

You know, that thing she avoided like a plague during the general election in 2017 and sent Amber Rudd in her place.

Yeah, she wants to do one of those.

The emergency siren emoji one

Optics all wrong, Gibraltar looks like a sell-out, rumoured Immigration clampdown does too, and now the PM wants to debate Jeremy Corbyn when she wouldn’t go near him 12 months ago?? Govt’s like an object burning up on re-entry to Earth

The boxing Corbyn one

.@UKLabour spokesperson: “Jeremy would relish a head to head debate with Theresa May about her botched Brexit deal and the future of our country.” pic.twitter.com/KWiKfNPyFz

Things that will never, ever happen: Jeremy Corbyn agreeing to debate Theresa May on a policy document.

The well thought through one

Daily Telegraph splash says May is challenging Corbyn to a televised Brexit debate on Sunday night TV, which presumably must mean 9th December. The detail on an alternative QT-style debate with a pre-retirement David Dimbleby sounds fairly developed. pic.twitter.com/VNm437H8fr

The “he ain’t wrong” one

I for one would find two people furiously arguing against each other in favour of something neither of them believe in TV gold https://t.co/8k4oytJCyN

The unhealthy Brexit addiction one

A Corbyn/May Brexit debate would be just about the worst television imaginable.
But… I’d watch it.

A date for the debate is still not 100% confirmed, but one would expect it to take place in the next couple of weeks before Parliament goes into recess.

What exciting times we live in.