The government's approach to the arts in health is ideological - not principled. 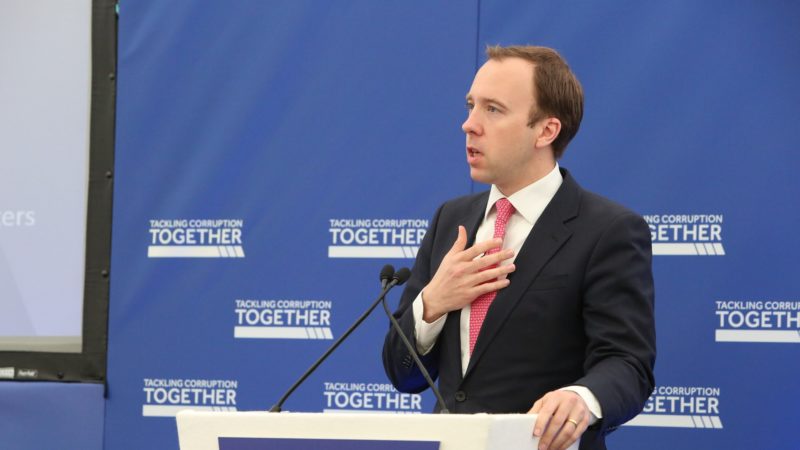 Health and Social Care Secretary Matt Hancock has been extolling the virtues of the arts in improving health. In a speech, Hancock drew on a growing body of evidence that suggests the arts aid recovery from disease and promote communal well-being.

Hancock’s speech was a salutary one insofar as it acknowledged the social importance of the arts. But when placed against Conservative policy it comes across as mere cant: this Conservative government has systematically dismantled the standing of the arts and destroyed the social systems that they require for their existence.

The government have removed arts provision from curricula, and maintained a constant PR war against the arts disciplines. The English baccalaureate excised creative subjects; cuts to education budgets have meant the arts have been sacrificed for more utilitarian pursuits; and the minister for universities has suggested that arts courses are worthless on the basis of their reduced earning power and merely put “bums on seats.”

This lumpen view of value is mistaken even on its own extravagantly limited terms, given the demonstrable economic benefits of the arts.

Outside of education, savage cuts to arts funding and local councils have stifled creativity. Inspiration does not happen in a vacuum – and the myth of the isolated genius is, well, just that. The creation of culture is not, as Hancock has it, dependent on “personal creativity” alone.

Art requires institutional networks to support it, people to teach it, and funding and legislation so that its practitioners can eat and have a roof over their heads. Remove these supports and it becomes a leisure activity for the already moneyed classes.

The Conservative disregard for arts infrastructure has been staggering. Since 2010 over 450 libraries have closed. The Arts Council, meanwhile, will have to do with £156 million less over the next four years. Voracious landlords, spiralling rents, and reductive free market justifications have led to hundreds of music venues closing. And the list could go on and on. Creativity is structurally impossible without space or cash to enable it.

Does Hancock’s speech mark a change in attitude? No. The speech is an example of how, in an era where austerity is purportedly over, the government continue to smuggle it in by subterfuge.

The speech is less about celebrating art than further diminishing the health service, albeit in a way that is masked by the veneer of second-generation Big Society thinking.

In austerity non-governmental institutions take on the responsibilities of the state in the name of economic rectitude. Hancock’s invocations of art are actually imperatives that force the already over-stretched vestiges of the public sector take on even more responsibility.

He calls for those libraries that are left to “offer health services” and for charities to provide “cheap, easy-to-use social prescription” in place of actual state-provided care.

His invocations of the arts come with easy-to-miss digs at the public sector. His artistic sensibility is secondary to subliminal cues about the health service, which he mischaracterises as bloated and inefficient, rather than desperately struggling for life in the face of Conservative mismanagement.

The use of “social prescribing,” for him, is a way that can “help the NHS cut waste”; drawing on the arts will ensure that “every penny of taxpayer’s money is well spent”. And his valedictory message is that is it the responsibility of “the state to sponsor the treatments that are often cheaper, better for patients, and better for society,” as though the NHS amounts to one big money-grabbing sham.

It is no coincidence that Hancock’s speech coincided with a move to depict health as a personal choice in a way that demonises the very real suffering of the sick.

Practicing art for him is a way of “stopping people from becoming patients in the first place” and equipping them with the tools that will allow them “to take responsibility for their own health.”

These sentiments are extremely misleading: as the New Economics Foundation puts it, “health is not determined by our personal choices, but rather the conditions in which we are born, grow, live, work and age.”

If the Conservatives are serious about using creativity to improve society, they will have to genuinely stop austerity and provide funding for libraries, arts centres, institutions, and practitioners.

They will need to reincorporate creativity into curricula, stop applying reductive economic metrics to arts subjects – and think of creativity as more than an indulgence of the shiftless. Will it happen? Don’t hold your breath.