We've just marked the 10th anniversary of the Climate Change Act - yet the government is still failing to protect communities, warn Friends of the Earth. 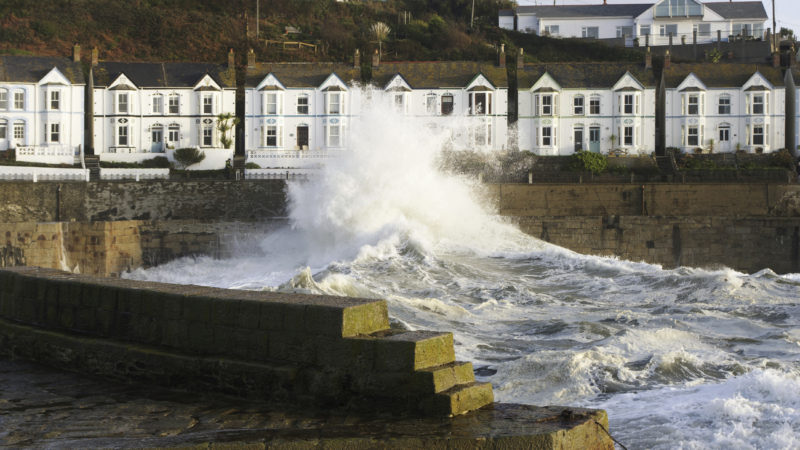 10 years on from the Climate Change Act coming into force, Friends of the Earth have revealed the front lines of climate change in the UK – with urgent action still needed to prevent runaway climate change.

From the Shetlands to Somerset, these communities are already facing the effects of climate chaos and are the ones most at risk of further catastrophe.

FoE have pointed out the seven key areas most at risk, based on recent extreme weather events and wildlife declines.

Academic study has concluded all were made more likely, or more extreme, by climate change.

1. Coastal communities in Norfolk falling into the sea

Communities such as Happisburgh have seen as many as 35 homes claimed by coastal erosion in the past decade. Local campaigners have repeatedly appealed for more government assistance, but this has been refused and obscure laws means that compensation has been refused for those who have lost their homes to the sea.

2. Moorlands in the North West being turned into tinderboxes

Soaring summer temperatures in the UK led to moors such as Saddleworth burning for days on end; leaving them as charred husks, ruining ecosystems, threatening local towns and increasing air pollution. With a greater risk of summer heatwaves due to climate change, we may well see wildfires becoming a regular threat.

York and Leeds saw devastating flooding off the back of Storm Desmond in 2015 (at the same time as world leaders attended the climate talks in Paris) which led to people having to be evacuated by boat as water levels rose higher and higher. Scientists concluded that climate change had made the flooding more likely. This likelihood is only set to increase if steps are not taken to cut emissions.

4. Floods and food scarcity in Somerset

The winter of 2014 saw floods in the region leave homes and farms completely submerged, which had a knock-on effect on farming and production for months. With Centre for Ecology and Hydrology researchers concluding the floods had indeed been worsened by climate change, the prospect of food scarcity and increased prices is becoming very real for UK consumers – unless action is taken now.

As well as extreme flooding, UK farming is also threatened by the risk of regular summer heatwaves, like those seen this year which left farms across Surrey, Kent and East Anglia parched after weeks on end with no rain. Some farmers have noted crop yields lowered by upwards of 40%, which again has serious implications for future food stocks and prices.

6. Devon and Cornwall’s coastal railways collapsing into the ocean

Brutal Atlantic storms led to the collapse of a stretch of sea wall at Dawlish Warren – taking railway track with it. This left the main trainline connecting the region to the capital out of action for months. The impact on the community was all too real, but we must also consider the wider ramifications of key transport lines being disrupted by an increased number of extreme weather events in the future.

7. Vanishing seabirds in the Shetlands

Sumburgh Head is one of the UK’s most important sites for puffins, terns and kittiwakes. In little under 20 years, the puffin population has plummeted from 33,000 to just 570. Many seabirds in the North Sea and North Atlantic are struggling to find food – directly because of the effects of climate change on their prey.

“The human cost of climate change, both here and around the world, is already devastating. It’s the most vulnerable communities paying the highest price, while the UK government fails to commit to the policies needed to avoid climate chaos.

“The Climate Change Act was a truly remarkable political achievement that has driven cuts in UK emissions. But dire warnings from scientists demonstrate how further and faster action is essential to prevent complete climate breakdown. Instead, with its relentless pursuit of fracking, airport expansion, and road building, our government is failing us on climate change.”

To avoid more climate chaos, Friends of the Earth is demanding the government commits by the end of 2018 to: a full spending review to ensure the path to net-zero emissions is properly funded; doubling the area of land forested, creating three million more hectares of forest; bringing forward the date for phasing out the sale of petrol and diesel cars and vans to 2030; and fully decarbonising our energy by generating 8x more renewable electricity than current levels.

The campaign group are also calling for the government to provide funding for householders to enable them to install insulation and low carbon heating,,and for UK food waste to be halved by 2030.

Campaigners want the British cities and towns to be be ‘transformed’ through tackling climate change, resembling places like Copenhagen and Amsterdam in providing high quality public transport, cycling and walking.

The Chancellor’s disastrous Autumn Statement was widely criticised for failing to make any mention of our deteriorating climate.