When a Labour Party MEP sent out an round robin email about this weekend's demonstration to every member of the European Parliament things got weird. Very weird. 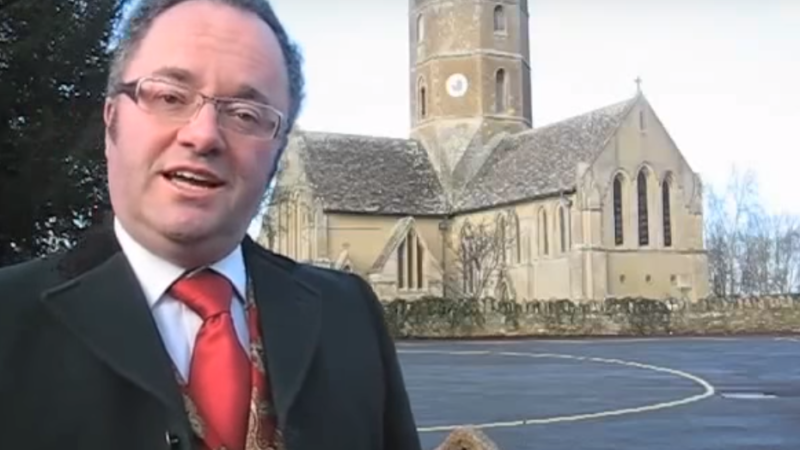 Seb Dance MEP knew things could go awry when he sent out an internal email to all members of the European Parliament about Saturday’s People’s Vote march. But he probably did not suspect how wild things would turn out.

Because it didn’t take long for the Conservative MEP for the East Midlands, Rupert Matthews, to send out a very snappy reply.

Matthews started by rubbishing the claim that 700,000 people marched through central London – in spite of photographic evidence of the protest.

It didn’t take long for @RMatthewsMEP , of the Tories, to bite. He said stopping Brexit “would be an affront to democracy, an insult to the British people and confirmation that the European Union is an undemocratic organisation.” 3/ pic.twitter.com/2570tFwukK

He then goes on a vitriolic offence over the question of whether Brexit can or cannot be turned around.

“Mr Dance may ‘hope we can stop Brexit’. To do so would be an affront to democracy, an insult to the British people and confirmation that the European union is an undemocratic organisation.”

Matthews, who earns an average pre-tax annual salary of €101,808 (~£90,000) from his Brussels job, is infamously known for being the author of several books on UFOs, ghosts, paranormal activity, and the study of folkloric creatures like Bigfoot. He also has written a generous amount about Adolf Hitler’s life.

He was supported by his Polish colleague, Dobromir Sosnierz, who used the opportunity to brand the EU a “capital of hypocrisy.”

Sosnierz, who is a member of the Eurosceptic Freedom Party, added:

“UK made a great deed for all of us showing that it is possible to leave this communist project.”

They had however to contend with the anti-Brexit Conservative MEP Charles Tannock, who replied all saying that not only did Sky News put the number of People’s Vote march attendance at 1 million, but also that the EU was “the only true manifestation of European unity.”

Tannock also took the opportunity to attack his own party, saying:

“I am very sad the majority within the Conservative party I joined 34 years ago and which was once an internationalist pro European party has become as illustrated by the views of Mr Matthews so hostile to the European project. I felt it appropriate after 19 years as a UK Conservative MEP to state the truth as I see it.”

Shortly afterwards @CharlesTannock , also a Tory, piped up. “The EU is the only true manifestation of European unity and the world’s greatest peace, prosperity and security project.”
“I personally strongly believe Brexit is a regrettable selfish, and destructive act.” 4/ pic.twitter.com/bxobUJzqF0

The bunfight did not go without some hilarious reactions on social media, including an exasperated-sounding tweet from Lib Dem MEP Catherine Bearder.

A Tory MEP has written an internal email to the whole European Parliament contesting that 700k people went to the people’s vote march on Saturday. He has also written 170 books on ghosts, UFOs and paranormal activity. This is my life 🙄

Funnily enough, Telegraph correspondent James Crisp’s sources have told him that the email spat was “nothing compared to the Catalan independence emails”.

A quiet day in Brussels, then…

7 Responses to “This Tory MEP thinks the People’s Vote march wasn’t very big. But then again, he also believes in ghosts”