Prem Sikka picks apart Chancellor Philip Hammond's promises in the latest Budget. Only to find they have all been done before and better, by a different party. 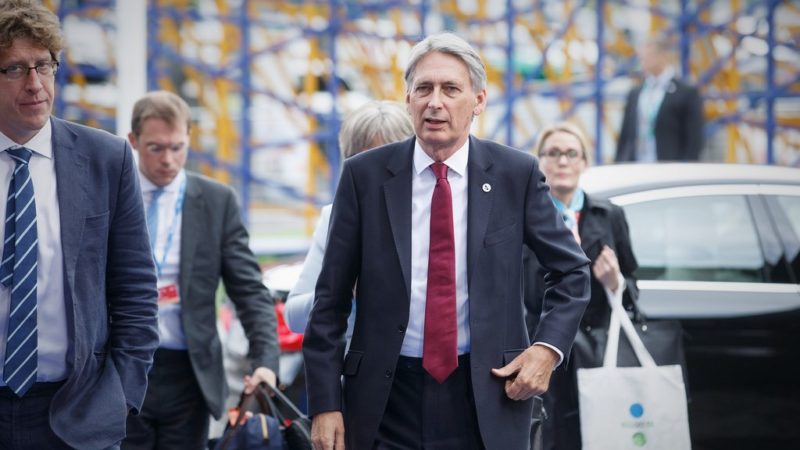 The ‘end of austerity’ was much trailed before the Chancellor’s budget statement, but did not quite happen yesterday.

Austerity can’t end without considerable investment in the economy and increase in the purchasing power of the people. On both of these counts, the government has done little.

The most eye-catching announcement is to pump an additional £20.5 billion for the NHS over the next five years.

The NHS funding, as a percentage of GDP, will still be below that of the Blair/Brown years. Spending at most other government departments will see no real growth though the government has promised spending reviews.

About £1 billion is to be ploughed into the troubled universal credit system.

A slight increase in support for schools is accompanied by cuts to the capital budget for schools.

For basic rate taxpayers paying income tax at 20% that is worth £130 a year, and will not cover the increase in the price of gas, electricity, water, transport or other essentials. For many the net benefit will be less than £130 as they will lose some of the universal credit.

The higher allowance will do nothing for people on incomes below £12,500. The higher rate of income tax threshold, for those paying tax at a marginal rate of 40%, will increase from £46,350 to £50,000. This will reduce income tax for higher rate payers by around £860 and even after paying national insurance they will be £520 a year better off.

There are plenty of tax breaks hidden away in the small print.

Oil and gas companies will receive around £3bn in new tax breaks and the government is going ahead with the reduction in corporation tax from 19% to 17%, which would benefit companies by around £5bn a year.

The £2.7bn entrepreneur’s relief which gives tax perks on sale of certain businesses has been retailed. Just think how the country could be transformed by ending these tax perks alone.

Will all this boost economic growth?

Not by much the forecast is now that next year, the economy will grow by 1.6%.

Two years ago, the government said that it would grow by over 2%. None of the previous forecasts have been met and each has subsequently been reduced.

Neither are the current finances sound. The Office for Budget Responsibility says that the Chancellor announcements will result in additional borrowing of £19.8bn in 2022-23. The government is also set to speed-up the sale of further tranches of Northern Rock, Bradford and Bingley, and Student Loans.

A notable feature of the budget is that the government has stolen Labour policies and then tried to put a neoliberal varnish on them.

1. Labour had already announced that it won’t sign up to any additional Private Finance Initiative (PFI) contracts. Now the Chancellor has announced the same though he did not say what he would do with the existing £200bn of contracts which are bleeding the NHS, schools and local authorities.

2. Labour’s 2017 manifesto said that it would give “Preferred creditor status for HMRC” to end insolvency abuses and generate £1-1.5 billion a year. Now the government is to follow suit even though for eight year it has presided over the abuses.

3. Hidden away in the small print of the budget is the announcement that in January 2019, the government will publish a consultation paper on a Stamp Duty Land Tax (SDLT – a “surcharge of 1% for non-residents buying residential property in England and Northern Ireland”). This is a pale imitation of Labour manifesto promise to impose a more comprehensive offshore Company Property Levy. The Offshore Company Property Levy would be a 15% charge levied as a “supplementary stamp duty on the price of property” and expected to raise about £1.5bn.

Overall, the budget disappoints and will not provide much relief for most people or rebuild the economy.

Another budget in March next year is on the cards.