As Tower Hamlets ponders over closing its three remaining local authority nurseries, campaigners (and some brave councillors) are fighting to save them. Alena Ivanova writes. 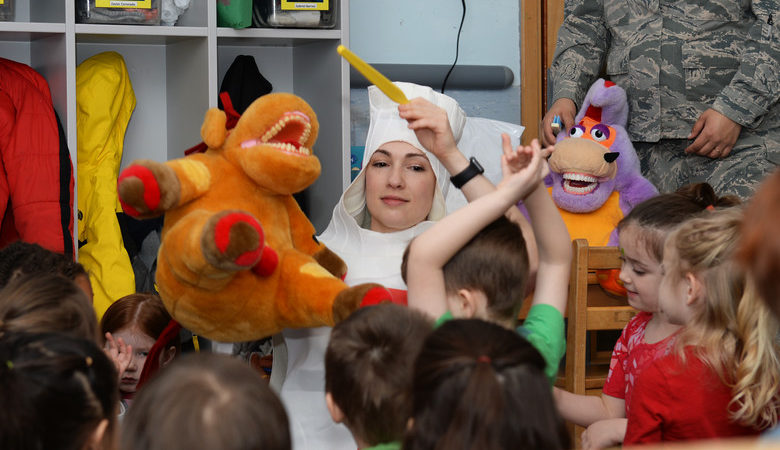 Tower Hamlets is sandwiched between the City and Canary Wharf. So central and yet so used to being ‘othered’, the borough has one persistent problem: its historic ranking as a local authority with the worst child poverty numbers in the UK.

While all around vast sums of money are being created daily in the heartlands of financialisation, this Labour-run local authority struggles under the crushing weight of Tory austerity. Council budgets up and down the country are being slashed, but nowhere as viciously as they are in Labour authorities. Tower Hamlets, for example, needs to cut its spending by £58m by 2020.

That decision is taken by our Tory government, and it is deeply political.

The question remains, however, if closing down the three remaining Local Authority Day Nurseries in the borough is a viable solution for saving some money that won’t cost us more in the future, and if it isn’t an abdication from politics.

Mary Sambrook, John Smith and Overland day nurseries were set up to provide an “integrated education and day care service for the most vulnerable children in the borough”, according to the Council’s own Guide to Starting Primary School. Together, the three facilities have space for 102 children. They have provided a wrap-around care, with longer hours and younger admittance age perfect for working parents, especially single parents.

Local authority day nurseries were part of a once bold and rightfully celebrated piece of Labour legacy: Sure Start centres.

These facilities were supposed to work closely with children centres, often located in the same or adjacent building and to provide support and early intervention not just for young children but their vulnerable parents. They preserve the demands of generations of feminist activists—like the suffragettes who transformed the Mother’s Arms pub in the East End into a nursery, food bank, and advice centre— providing opportunities for women to do what they want to do, with full, universal care secured for their children.

And the local Labour party recognises that. The decision to close down our nurseries – and to let go of highly qualified and expensive staff made up of 99% women and 54% BAME, was opposed back in 2014 (when Labour was not in power) by the same party members who now hold council seats and lead positions.

Back then, the executive mayor John Biggs, the lead member for children Danny Hassell, and many of the councillors we have today were just party members submitting motions to defend the nurseries and campaigning alongside parents to force mayor Lutfur Rahman to do a U-turn. And he did.

It has been with dismay, therefore, that slightly jaded parents have launched another chapter of this saga, once again supported by Labour Party members (if not the executive). A new raft of motions have been passed and became local Labour policy in 2017 and 2018.

The Save Our Nurseries campaign and the local Unison branch have made links with a similar campaign in Salford, where activists managed a more favourable reception from their executive mayor.

Mayor Biggs insists the nurseries need to be closed, but has not—despite consultations suggesting he would— approached any voluntary sector providers. In Salford they have chosen to keep the services running for another year on reserves, while the Mayor and local Labour MPs launch a mass campaign against the Tory government highlighting the failings of their Early Years provision.

At a recent Overview and Scrutiny Committee meeting, which voted to refer back the Mayor’s decision for closure back to full Council, it was argued that what Salford are doing is not possible in Tower Hamlets as we are much further along the process. One has to wonder, however, whether we would have been so far along if council officers had not expressly stopped staff in the nurseries from accepting more children to fill in spaces as early as 2017, when no decision had formally been made, yet the services had been allowed to run into financial difficulties.

There are over 100 children on the waiting list for these nurseries, and they have space for 102 children.

By not replacing children or staff members as they leave, the situation has become a self-fulfilling prophecy, with the nurseries are made to look unviable, unpopular and unsustainable.

In reality, these facilities offer high value by enabling parents to work longer hours, they offer excellent preparation for future learning, and they cater to a demographic of children with complex needs that most of the private sector, already struggling under the inadequately funded 30 hours, would simply not be able to cope with.

Ultimately, this campaign is about doing the best for the children and leaving a legacy of universal public care available to all, regardless of their circumstances. For the local Labour party, it has to be a debate about how we resist cuts, and how we hold on to our Labour values in continued austerity.

And when it comes to the local council, as one of the councillors said at the Overview and Scrutiny meeting, this is a test of whether ‘council officers can do anything they like’, and where is the political will to challenge them.