And a battle even Michael Gove was on the right side of. 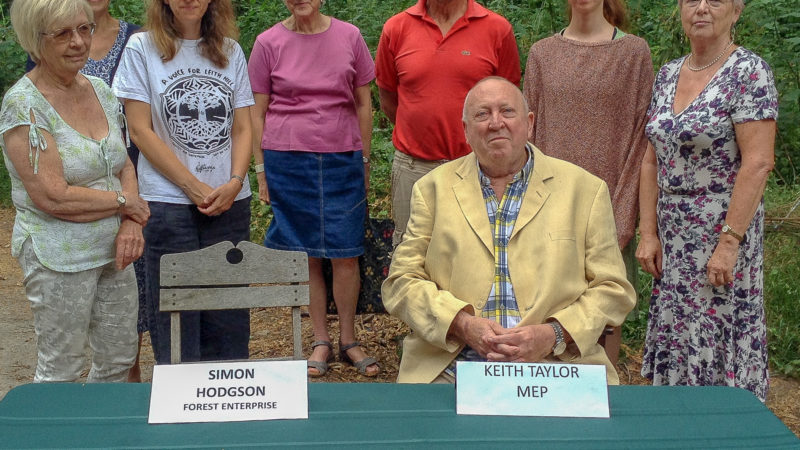 What a difference a summer makes. In the spring, the decade-long battle to protect Leith Hill, mixed woodland and heathland in the heart of the Surrey Hills Area of Outstanding Natural Beauty, from oil drilling almost seemed lost.

The Environment Agency and the Oil and Gas Authority had already handed Europa Oil and Gas the permits and permissions they needed to drill. Surrey County Council was set to consider three planning applications to extend the permission to drill Europa had already gained in 2015 from the Planning Inspectorate. The final piece of the jigsaw would have been the lease agreement between Europa and Forest Enterprise England (FEE), the public body charged with managing our woodlands.

The agreement between Europa and FEE was due to expire in September. The decision loomed large over the summer months. I wrote to Simon Hodgson, the FEE chairperson, with my concerns over the contradiction between the organisation’s climate policies and plans to hire out the forest estate for oil drilling. I also asked Mr Hodgson to come to meet with me and locals to hear their concerns. And also their plans to crowdfund to raise the money to buy Europa out of its lease.

Astonishingly, in July, Mr Hodgson flatly refused my invitation and went even further to say that he had no intention of meeting me, or residents on whose behalf I was arranging the meeting, anywhere or any time. The FEE’s decision, it was made clear, would not be influenced by residents or campaigners and their legitimate and urgent concerns. “I see no benefit in having a meeting on site or indeed elsewhere,” as the FEE chief so bluntly put it.

I could not believe a taxpayer-funded body would be so dismissive of those taxpayers and their elected representatives. We refused to let our voices be silenced so easily.

Instead, we held the meeting anyway. Mr Hodgson in his absence was represented by a twig. Residents shared with me their reasons for wanting to preserve the sanctity of the ancient woodlands at Leith Hill. But the meeting was as symbolic as it was enlightening; it also sent a powerful message to FEE. The organisation had failed to ‘twig’ how important protecting Leith Hill was to local residents.

The fight against drilling plans at Leith Hill has been taken up by local residents, many of whom have never protested anything before in their lives, working hand-in-hand with seasoned environmental campaigners and activists.

The diversity of people on the frontlines of the Leith Hill demonstrations I have attended has been inspiring. For me, there is an undeniable environmental and climate impetus behind resisting any attempts to exploit new fossil fuel reserves. Especially reserves in my constituency. But the dedication of campaigners, like those at Leith Hill, reinvigorated my drive to support them, as best as I am able, towards victory.

With that in mind, I wrote to the Environment Secretary Michael Gove pleading with him to intervene over Europa’s lease agreement with FEE. I sent the letter in June. I did not receive a response. But two months later, with the Met Office confirming anthropogenic climate change had been the driving cause of England’s hottest summer ever recorded, Mr Gove made a decision that suggested he had taken heed of the call I made on behalf of my constituents. On 4 September, almost ten years after the firm first announced its designs on Leith Hill, Europa announced it was pulling out of the site as the Environment Minister had rejected their bid to extend their lease.

The Conservative government is openly pushing policies to support and subsidise the fossil fuel industry while handicapping the emergent renewables sector. With that in mind, the victory at Leith Hill is one we must savour. It is an example of just how powerful organised and peaceful protest can be. The dedicated campaigners who put their lives on hold to achieve this result deserve our thanks. And so does, on this occasion, Mr Gove.

Perhaps it was this summer’s sweltering reality of the climate breakdown that saw the Environment Secretary act or perhaps it was the strength of feeling in Surrey’s Conservative heartlands, which neighbour his constituency. Either way, I am thankful. And I have said as much in the latest letter winging its way to Mr Gove. That letter also urges him to build on his decision and rule out any lease deals between FEE and oil and gas firms across the country. Let us hope this is a call that is also heeded.

Protest and public pressure works. Despite the setbacks, we can and are taking small steps towards a bigger victory. Who knows what we will have achieved by next summer.