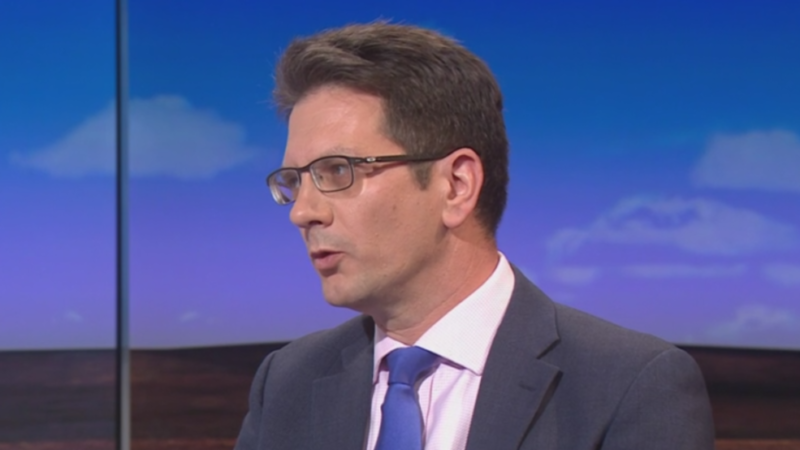 Westminster is back in session after the summer recess, but it hasn’t taken long for all hell to break loose again. The latest salvo by the Brextremists is being led by former Brexit minister Steve Baker, who has threatened that up to 80 MPs will vote against the government’s Chequers proposal.

This absurd sabre-rattling against their own government only serves to underline once again that there is no version of Brexit with enough support to get through Parliament. Our political system has been utterly paralysed by the fraught process of delivering on the result of the 2016 referendum. This is partly due to the process being hijacked by ideologues.

But it is also staggering that over two years after the referendum, during which politicians made all kinds of promises about how Brexit would lead to a brighter future, they are still unwilling to actually put forward any workable plan for how to deliver on their pledge. Among those politicians was Steve Baker – a former senior Brexit minister who has said he wants to ‘tear down’ the EU and was forced to apologise for maligning the civil service over Europe.

It is political cowardice of the most outrageous kind which is being boiled down to who can get the keys to Number 10.

They are more than happy to carp from the side-lines about betrayal, and respecting the will of the people, and delivering a ‘clean Brexit’, whatever that means. But they have no answers to the contradictions and real-world problems created by their own cynical behaviour in selling the British people a vision of Brexit that was never deliverable. Their ears are closed to the plethora of voices saying this will be a disaster.

How do we maintain the frictionless trade that our businesses rely on if we’re out of the Single Market and the Customs Union?

How will trade deals with countries far away that make up a minuscule percentage of our trade make up for reduced trade with by far our largest and nearest trading partner, the EU?

How do we keep the Northern Ireland border as open as it is today?

Ask these questions of the charlatans in the ERG, and you’ll hear nothing but the sound of tumbleweed or the cries of betrayal.

This is particularly ironic considering that Steve Baker was an actual minister in the actual department supposedly responsible for delivering Brexit. If he has no answers to these fundamental questions, then what hope is there for anyone else?

What exactly was he doing during his time in government, if not figuring out how to solve these key problems with his beloved Brexit project?

With Parliament paralysed, and with the risks of a no deal Brexit growing by the day, the only way to break this impasse and restore democratic accountability to the Brexit process is for the people to take back control of the process through a People’s Vote. People have had enough of self-interested and self-involved politicians, disconnected from real life, making decisions about something as big as Brexit on the basis of short-term political interests.

More and more people across the UK, from all walks of life, are demanding a People’s Vote on the final terms of Brexit. And it’s fantastic to see so many MPs, from all political parties, joining the calls to give control of this process back to the people. With the clock ticking, it’s time for everyone to stand up and be counted. Because Brexit is too big to ignore.

Ian Murray is the Labour MP for Edinburgh South and leading supporter of the People’s Vote campaign.