Getting votes at work is a key fight for democracy in the 21st century. But how should new powers for employees be written into law? 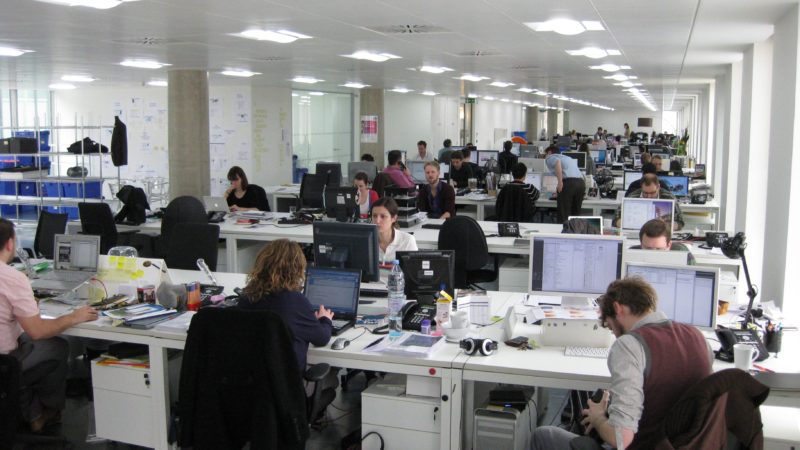 Democratic socialism in the 21st century must answer one critical question: who gets the votes in the economy?

We all know how votes work in politics, but if you are committed to democracy, you believe that power should be ‘in the hands of the many and not of the few’. That goes for power in every social institution, including the multinational corporations that dominate our economy, are destroying our environment, driving inequality, and holding back human freedom.

At 2018 conference, the Labour Party announced it would, one, give rights to workers to elect one-third of company board members, two, create ‘Inclusive Ownership Funds’, and three, start a shareholder campaign for responsible corporate governance. But how should these basic outlines work in detail? My niche areas of labour, corporate and pension law have now become hot-topics, so I’d like to set out some suggestions.

The ideas from Jeremy Corbyn and John McDonnell combine at least three major reports: the Institute for Employment Rights (IER), Manifesto for Labour Law (summary here), the New Economics Foundation, Co-operatives Unleashed, and the IPPR, Prosperity and Justice. The IER Manifesto‘s proposals recommend 25 reforms, key amongst which are the reinstatement of sectoral collective bargaining, rights for all workers from day one, and a Ministry of Labour – all three of these proposals have been adopted by the Labour Party.

But we also have a lot to say about corporate governance. We advocate giving workers a 20% share of votes in company meetings, at least two representatives on company boards, greater control over the way their pensions are invested, and the right to be a ‘member’ (like a shareholder, but without any risk of insolvency) of their organisation. Members can vote for the board and enforce directors’ duties. Employers of under 250 staff would be able to opt out.

The rationale behind making workers ‘members’ of a company is that this classification gives them the power to influence the way their company is run without the burdens of shareholding. All prudent shareholders diversify to reduce their risk if one company goes insolvent. This is why employee share-schemes – like in the failed American energy giant, Enron – have always been such a bad deal.

Why reform pension funds and asset management too? Most capital investment – that includes your retirement savings – is still controlled by big financial institutions that hold ‘other people’s money’. They don’t just invest your pension, they also vote on the shares they buy with it. It’s wrong that asset managers are taking the votes that labour’s capital buys. They have been inflating executive pay, stopping union recognition, doing little about climate damage, and seeking to avoid tax. They don’t represent people’s real preferences, so the Manifesto requires that all capital is democratised.

By contrast, Labour’s IOF plan says workers will get up to 10% of shares in a collective fund. Workers will become ‘shareholders’, and receive dividends till a cap of £500 per year: the surplus goes to the Treasury. In effect, this operates like a corporate tax – it roughly compensates for the Tory-led government’s 9% cut in corporation tax since 2010: Corporations have not suffered the same austerity as human beings.

But are dividends the best way of raising worker pay? Dividends are unstable, and some of the evidence in behavioural economics shows that, like the ‘tipping culture’ or ‘bonus culture’, they may skew incentives rather than raising productivity. If IOFs with a £500 cap function like corporate tax, why not just have a corporate tax? There is, obviously, a desire to raise wages. But if sectoral collective bargaining raises wages for everyone, and progressively more money goes into ensuring better retirement schemes, the best Inclusive Ownership Funds may be the diversified pensions we already have.

Whatever details are worked out, the plans announced at Labour Party conference are bound to lead to qualitative changes in economic governance. The frightening fact is how autocratic our economy has become. About 45 people in corporate governance departments of asset managers control the weight of votes in 438 of the 500 top US companies – all unelected. If we had the numbers, we would probably find that in the UK matters are worse. Getting votes at work, taking back votes in our capital, is the fight for democracy in the 21st century. This is the new suffrage movement.

Ewan McGaughey is a Senior Lecturer at the School of Law, King’s College, London, and a research associate at the Centre for Business Research, University of Cambridge. He tweets here.