Taking action to save our climate could yield yield huge economic gains. But the forces of business-as-usual are stacked against us. 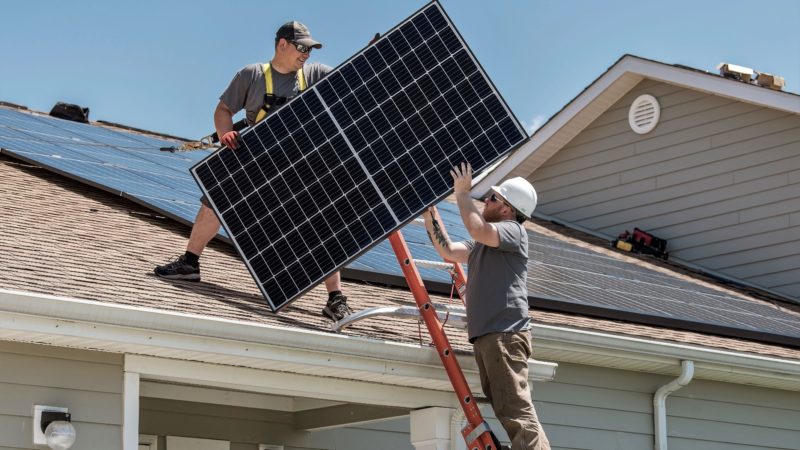 A new report has revealed that bold action on tackling climate change is exactly what our economy needs.

The analysis, by the Global Commission on the Economy and Climate (GCEC), shows that what our climate needs is also what our society needs: high-skilled jobs, efficient renewable energy – preferably socially owned – and excellent public transport infrastructure.

Taking action could yield a direct economic gain of US$26 trillion by 2030 compared with business-as-usual.

The report challenges political decision makers to accelerate the transition to a new ‘climate economy’ in five key economic systems: energy, cities, food and land use, water, and industry. But there is also a warning.

As the world hurtles ever closer to climate breakdown, we are faced with a use-it-or-lose-it moment to ensure a liveable planet for our grandchildren. This window is closing fast – we have just two to three years to make the right policy and investment decisions, because these will shape the next 10-15 years.

So what needs to happen to usher in this new ‘climate economy?

Of all the things that need to change rapidly, the most urgent is the economic and financial system. We need to end all fossil fuel subsidies and put a serious price on carbon. In the UK the government needs to restore the carbon price floor – the level of tax on fossil fuels used to generate electricity.

This ‘floor’ was set to rise every year until 2020 to a price of £30 per tonne of carbon but has been capped at a maximum of £18 per tonne of CO2 emissions. The upward trend needs reinstating so it sends a clear signal to the market that the era of fossil fuels is coming to an end.

In line with the GCEC report, which calls for investment in sustainable infrastructure, a group of academics, campaigners and cross-party MPs signed a letter earlier this week calling for a “jobs in every constituency” green infrastructure programme.

All of these measures would improve health and wellbeing while tackling climate change. This approach is also labour-intensive – meaning it would provide jobs in all communities across the country. The tens of billions required to fund it could be found by borrowing at the current low interest rate, through fairer taxes and making the polluter pay.

Transitioning to a stable climate with stable jobs in a new green economy seems totally logical. But the forces of business-as-usual are stacked against us. Let me highlight two examples.

Firstly, the way climate change is reported and debated. Last week, the BBC confessed that it gets coverage of climate change wrong too often and announced that it would no longer need a climate denier to balance the debate. This came hot on the heels of a letter signed by 60 writers, politicians and academics in which we pledged we will no longer debate with climate deniers.

The BBCs change of tack is welcome, but of course comes too late. The corporation has for years given credence to the idea that there are two sides to the argument. There aren’t.

Secondly, the dangers posed by the rise of the far right and Brexit. While Brextremists seem incapable of offering any sort of coherent post-Brexit plan for the country, we do know their vision amounts to capitalism on steroids.

They want a country where regulation is stripped away and taxes axed; a Britain where the rich have opportunities to further accumulate wealth and the poor are left even further behind. Tackling climate change, with its emphasis on progressive taxation, more not less regulation, making the polluter pay and massive investment in infrastructure has no place in this rampant capitalist model.

Add to that the well documented links between climate denial and the far right and it’s clear Brexit would be a climate disaster.

This is one very important reason why the rapidly growing support for a People’s Vote is so encouraging. Last weekend the General Secretary of the TUC, Francis Grady, said if the Brexit deal doesn’t deliver for working people, then the TUC will throw its weight behind a vote on the terms of the deal.

Working people are realising that Brexit was never in their interest and are increasingly turning against it. Equally exciting is that through tackling climate change we can also offer those workers stable and quality jobs in a future green economy.

Molly Scott Cato is the Green Party MEP for the South West and Gibraltar.

See also: ‘It started out with a tweet: How I got the BBC to change its policy on ‘debating’ climate change‘