The Prime Minister could be forced to launch a public inquiry into overspending by the Vote Leave campaign through a judicial review. 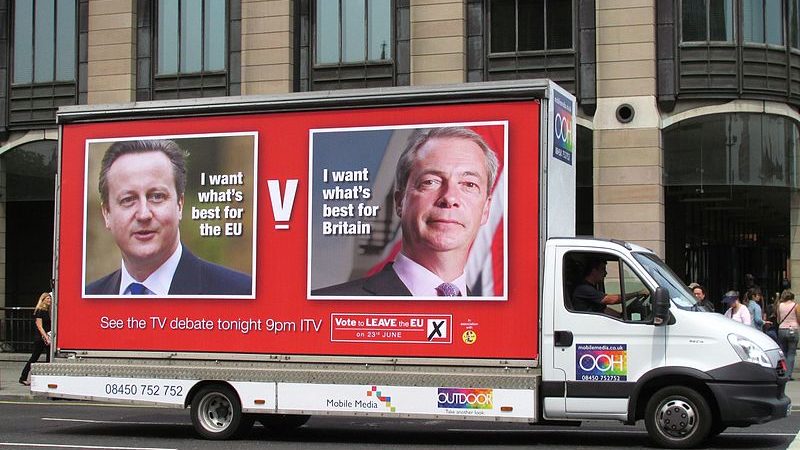 A campaign group is set to launch a legal challenge against the Prime Minister’s refusal to hold a public inquiry into Brexit cheating.

Fair Vote, which describes itself as a democracy and transparency organisation and was set up following revelations that Vote Leave cheated in the EU referendum, is working with solicitor firm Bindmans to try and force Theresa May to launch a public investigation.

Bindmans has just delivered a 49-page ‘letter before action’ to the Prime Minister and Fair Vote says it is prepared to push for a judicial review if necessary.

The Vote Leave campaign was fined £61,000 by the Electoral Commission and referred to the police in July for breaking electoral law, but Fair Vote says this is inadequate because neither the police nor the commission is equipped to deal with the issue. The National Crime Agency has already told MPs it will not investigate further.

In March 2018, the House of Commons Committee heard how Vote Leave improperly channelled £675,315 through a tech firm to get around election spending laws. This was used to target voters through Facebook.

Fair Vote said in a statement:

“By refusing to hold a public inquiry, Theresa May is trying to bury these revelations and make them go away. But how are we to ensure this doesn’t happen again if we don’t confront what happened and make the changes necessary to protect our democracy?”

The group first wrote to the government in July saying an inquiry was the only way to satisfy the public, by offering them something similar to the investigation into cheating in the US presidential election. But May refused.

The group argue that it is a “legitimate and necessary part of our democracy that the courts are able and willing to consider the legality of the process”, and that Vote Leave’s cheating has implications beyond Brexit.

In a statement the group said:

“We now know – beyond a reasonable doubt – the EU Referendum was rife with illegal activity and cheating. We cannot stand idly by while our democracy is being attacked. If you rob a bank and get caught, they don’t let you keep the money.

“We ‘the people’ cannot be expected to accept as legitimate the decisions reached by the executive and Parliament on the basis of an advisory referendum if that referendum was subject to serious and intentional breaches of the law, aimed at procuring a particular result. The time to act is now.”

The group’s next step depends how the Prime Minister responds to the letter before action.