With the NHS pay deal failing to deliver what it promised, thousands of nurses have lost faith in their union. 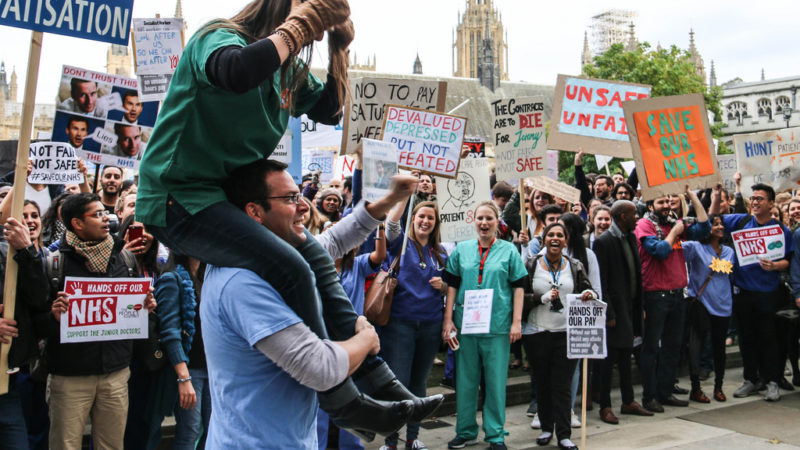 Nurses say they should be allowed to vote again on an NHS pay deal they claim was misrepresented to them by their union when they took part in an initial ballot earlier in the summer.

Members of the Royal College of Nursing have submitted a petition calling on the current union leadership to stand down, after General Secretary Janet Davies wrote to members apologising for how the RCN “interpreted the pay deal” and how it was explained to members.

Davies said in an email to nurses:

“I wanted to write to you myself over the recent NHS pay deal. It has come to my attention in the last 24 hours that the deal was not as straightforward as we said and for that I offer you a sincere personal apology.”

The row began last month when media platform OpenDemocracy reported that many NHS staff had been left furious when it emerged they would not immediately get the full pay rise they voted for and were expecting.

Instead of getting at least a 3% rise this year, as promised, many members will get an average of just 1.5%.

Calling for a vote of no confidence, members have taken to social media to describe the RCN as “on the side of the government not its members” and to demand it “grow a backbone”. 2,000 people responded to a recent poll on Twitter to say they thought the deal should be revisited.

In the petition filed last week members asked for an Emergency General Meeting (EGM) to be called within three months “to discuss the communication and our confidence in the process surrounding the dissemination of information of the 2018 NHS pay deal in England”, adding that as members they feel misled.

“Our livelihoods and the future of patient care are at stake and we deserve answers from those who represent us.

We the undersigned also have no confidence in the current leadership of the Royal College of Nursing and call for them to stand down.”

The expected pay rise had been billed as the biggest in a decade, with 77% of the 39,863 nurses who voted in the original ballot supporting the deal.

Along with the RCN, 11 other unions chose to support the offer of more money, with only GMB rejecting the deal.