A prominent anti-racism campaign has accused a Green leadership candidate of antisemitism after a video resurfaced of a controversial speech. 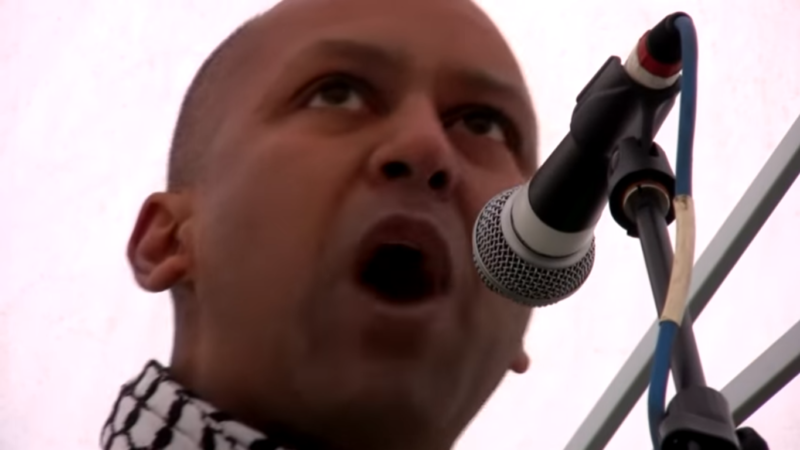 A Green Party leadership candidate has been accused of antisemitism, after a speech re-emerged of him apparently linking Israel’s treatment of Palestinians to the Holocaust.

In a speech made in January 2009, during Israel’s Operation Cast Lead, Shahrar Ali – a former Deputy Leader of the party and an academic – is heard saying:

“Just because you observe the niceties of Holocaust Memorial Day, does not mean that you have learned the lessons of history…

“Listen up warmongers…just because you switch off your TV set to avoid upsetting your children, does not mean that you have not killed our children.”

The speech demands a boycott of Israeli goods, and states: “We all understand that you cannot have peace in the Middle East without justice for the Palestinians.”

Mr Ali goes on to sing a Manic Street Preachers song: “If you tolerate this, then your children will be next, will be next.”

A spokesman for Campaign Against Antisemitism told Left Foot Forward:

“We hope that Shahrar Ali is suitably ashamed of his offensive rant. Comparing Israelis to Nazis is antisemitic according to the International Definition of Antisemitism because to do so belittles the Holocaust and maximises offence by casting the victims of the Holocaust as the successors to the Nazis. Such comparisons and the people who make them should have no place in the Green Party, or indeed in British politics.”

A Green Party spokesperson responded to the allegations of antisemitism:

“Tackling antisemitism, Islamophobia and all forms of racism wherever they exist and by whomever they are perpetrated is core to the Green Party’s aims.

“We have received a concern about a video of a Green Party member’s speech, filmed in 2009. This was previously raised with us informally. We recognise that our processes in dealing with these concerns at that time were inadequate.

“In 2016 our processes were updated and refined to ensure that such instances would be dealt with quickly and fairly. We are in on-going discussions about how to further improve these processes.

“Having been contacted about this today, we believe it is absolutely critical that we discuss it openly and quickly, and we are doing so. We have reached out to the Campaign Against Antisemitism to ensure we fully understand their concerns and to respond accordingly. We encourage people both inside and outside the Green Party to raise concerns about racism or prejudice.”

The speech can be viewed here*:

One former party staffer told this site: “The prospect of him being part of the leadership team will send shivers down the spine of staff who are committed to the green values of solidarity and respect” while another senior source said it showed “poor judgement” which “veers into racism.”

The speech was made at a Gaza rally in 2009, during Israel’s Operation Cast Lead, which killed around 1,400 Palestinians. The rally was against the BBC’s then refusal to screen a charity appeal for Palestinian civilians.

The Campaign Against Antisemitism have called out numerous examples of alleged racism in the Green Party in the past, including Parliamentary candidates linking to articles by Gilad Atzmon, widely viewed as an antisemite, and connecting Zionism to Nazism, which is antisemitic under the IHRA’s definition of antisemitism.

The IHRA is the same definition currently being debated in the Labour party. The Green group of MEPs reject this definition of antisemitism.

Green Party co-leader Caroline Lucas MP previously endorsed the IHRA definition in an Early Day Motion. However, in a statement to LFF, the Green co-leader said she sought to withdraw support for the EDM after ‘concerns were raised within the Green Party about the potential impact of some parts of the definition on freedom of speech’.

Voting started this week for the Green Party’s leadership election, with the results to be announced in September.

A former Deputy Leader of the Wales Green Party, Pippa Bartolotti, has also previously been quoted as saying that Israel was seeking a ‘final solution’ for Palestinians and that Gaza was ‘an open air concentration camp’.

Shahrar Ali was contacted multiple times for comment, but subsequently blocked Left Foot Forward and the writer on Twitter.

There is currently no Equality and Diversity co-ordinator for the party.

*This article originally linked to a shorter, edited version. The article has now been updated to include the full speech.