The government has announced plans to extend default tenancy agreements from six months to three years. But campaigners argue it won't solve the problem. 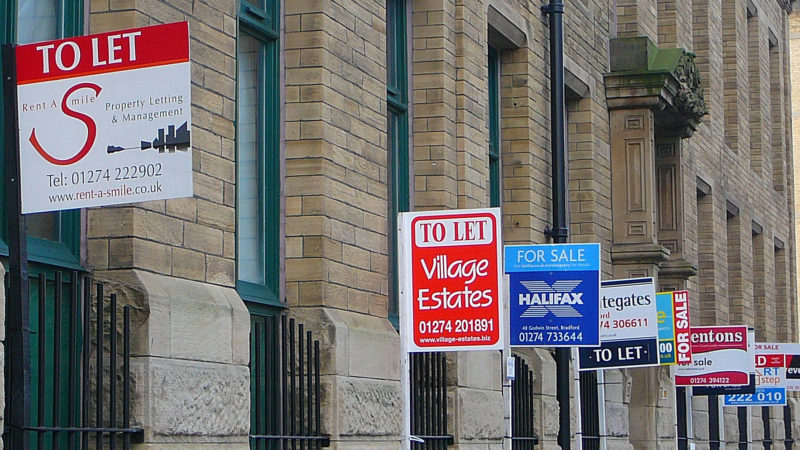 The Conservative government announced today it was hoping to replace default six to 12 month leases with a three year model.

The policy came after years of lobbying by renters groups and housing activists, who argued that most contracts did not give renters the security they needed.

But the measures headed by the Secretary of State for Housing, James Brokenshire were branded mere window dressing, and ineffectual in the face of the real problem.

Housing Secretary @JBrokenshire has given a speech today about the renting proposals – fine words about scale of the problem, but it’s a bit worrying that landlords would be able to end a 3-year tenancy early https://t.co/43sQbAAyWs pic.twitter.com/HiWuWzPgYq

What is the current state of renting?

Around 80% of the 11 million renters in England have signed an assured shorthold tenancy (AST) agreement which gives them a guaranteed six months to one year stay. Landlords are also made to give tenants a two month notice to leave.

The average tenant in Britain, however, is now staying at least 20 months in the property. And with house prices continuing to exclude several families from homeownership there is a high likeliness of this period increasing in the coming years.

“The government’s proposal is a welcome admission that 30-year-old tenancy laws are failing renters. We cannot enjoy a stable life if we don’t know where home will be in 12 months’ time.

“Three-year tenancies are a step forward but would still mean that many tenants – including families with children in school – would have to move every few years.”

All the more disconcerting is how landlords are not allowed to increase rents during the assured lease period without the tenants’ consent – but many will simply evict tenants unwilling to accept the rises.

What is a Section 21 notice?

A landlord can terminate an AST at any time through placing a Section 21 notice. Landlords in England don’t need to have a reason to place a Section 21 notice, and, while it is legal for a tenant to stay past the given date on the notice, many prefer to avoid possible court costs.

Campaigners argue that he three year tenancy would not succeed in giving people more residential stability if landlords are still able to evict renters through Section 21.

“Instead of tenancies ending and being renewed every 12 months, they just continue indefinitely, until a tenant decides to leave or if the landlord has reasonable grounds to evict.

“In 63% of evictions, the landlord wants to sell or move back in – if that is going to continue then the government should at least aim to discourage it, with compensation for the blameless tenant who is forced to move.”

What about rent controls?

Rents have continued to rise disproportionately to real wages across the country, and all the more acutely in population dense areas such as London.

A GMB union report from last month found how while rents in the capital had hit an average of £1,500 per month (an over 25% increase since 2011), wages have only grown by 9.1% in the last six years.

In Brighton, ACORN renters union found out that not only had rents gone up by 22% since 2014, but that many tenants were opting to live in dangerous conditions rather than report problems to their landlords and face further rent increases.

Generation Rent would be keen to see rent controls, as Wilson Craw explained:

“Even with restrictions on evictions, an unscrupulous landlord could still force tenants to move with an unaffordable rent increase – to stop this from happening we need a limit on rent increases, to no more than, say, wage inflation.”

James Brokenshire’s policies might be groundbreaking in a Tory landscape mostly composed of cut-backs and austerity measures, but they’re a sticking plaster in a renting system that gives landlords disproportionate power over their tenants.

And while the government’s consultation is set to run from today until August 26, for renters groups the verdict seems clear already – not good enough.