After cleaners at a University of London college got further squeezed by the university's contractor, the Goldsmiths academic community came together in their defence. 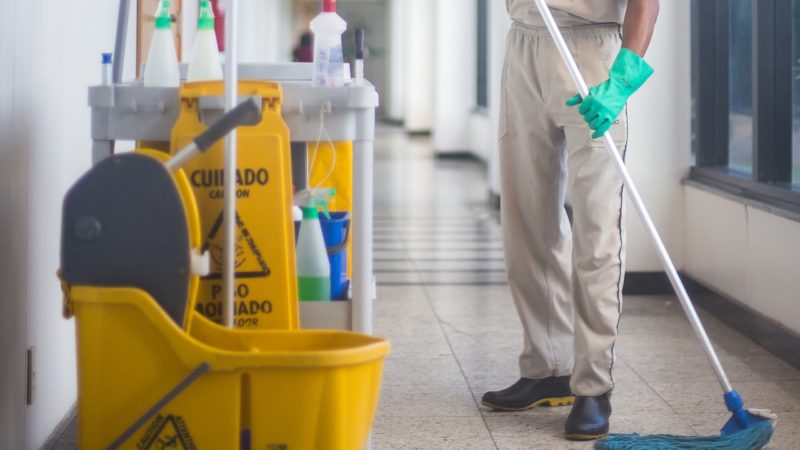 Goldsmiths places itself in the ever-growing number of University of London colleges demanding its outsourced cleaners be brought back in-house.

After management threatened the implementation of new shift patterns, cleaners contacted their union, Unison, which currently represents an ever-growing number of the cleaning staff.

Cleaners already face significantly worse working conditions than those one would expect from a highly regarded academic institution like Goldsmiths. But as these workers are employed by ISS, a large multinational company, they receive no sick pay, no holiday pay, a lack of job security, and heavy workloads.

On top of this, ISS is now proposing to:

Official justification for these changes is an audit compiled by ISS, to which, however, the Unison branch representative has been denied access to.

That said, the restructuring does fall in line with ISS’s belief that making workers more visible saves money. Yet comes in spite of worker dissatisfaction and will only entrench the existence of the two-tier workforce forming at Goldsmiths.

Workers received no consultation about shift changes, being given only one week’s notice that shifts would change on the 6th of August. Members of the Goldsmiths community have been disregarded, ignored, and left at the mercy of ISS, who view worker satisfaction, rights, and security as a mere obstacle of profit.

After initial mediations with Unison, a gathering of testimony from workers was planned to run alongside the council meeting of the university’s senior management team (SMT).

Cleaning staff expressed fears of losing their homes, having to miss meals in order to feed their families, and being forced to choose between unmanageable childcare costs or leaving their children home alone. Women in particular said the prospect of new shifts ending after midnight made them anxious for their safety as they have to travel long distances to get to work.

The testimonies, collected by the academic staff union, UCU, included this harrowing account:

“How can I feel about it? Shame we are all going to lose half our wages. Take £600 a month – that is not going to be enough for me. And the bad thing is I’m a woman and it’s not safe for me to leave home at midnight. I’m expecting a child so I have to leave on maternity, so I am working saving some money for my baby. I wish them all the best but they have to think of us, of our budget and our family.”

“My family is in Africa, I have to send money every week so if you give me the 8 hours or 4 hours I still have to pay rent £450 per month. I think the easiest way is to leave this job. ISS they don’t appreciate. Am not happy at all with their decision. Am waiting for the final day and say bye bye. God bless you.”

From these encounters a Justice For Cleaners campaign has begun, with students and staff from across campus coming together to support outsourced workers.

The immediate goal is to stop the disastrous changes to shifts that would see cleaners required to do the same work in less time, with less people (due to the shift changes), for no extra pay.

When the Unison representative, alongside their UCU counterpart and a student union representative, sat down to meet the SMT and discuss the demand of bringing workers’ contracts back in-house, the SMT made all the right noises. It said it would visit fellow University of London colleges, London School of Economics and the School of Oriental and African Studies to see how their in-housing is being handled. They promised to do all they could. And still, it signalled it may have to extend its contract with ISS while it works out a strategy.

The college claims it considers three things in regards to what effects the in-house demand: “Value for money, Cost effectiveness, College values”.

The ambiguity of “college values” is considered to relate to what damages the perceived image of Goldsmiths. This seems an area for collective action and class struggle to exploit.

There is a possibility of shaping collectively the values of the college through drawing the Goldsmith community together, finding space for cross-campus engagement that is specifically on the terms of exploited workers, and weaponising the moral case for in-housing to make it an antagonistic demand on power holders in the SMT.

Anti-union behaviour from ISS has been clear, with staff stating they felt bullied into the shift changes and harassed by managers due to involvement in the dispute.

So whilst the immediate aim is to halt the changes to shift patterns, the ultimate goal is permanent, secure and fair employment for cleaners, ending the outsourcing of responsibility for workers rights.

Outsourcing is not simply an exercise in saving money, it clearly allows management to abstract themselves from their duty of care towards their employees, placing blame on the contracted service firm.

Students and staff will not sit by as this exploitation happens, their solidarity only shames management, and highlights a wider need to consider how decisions are made in our universities.

George Briley is an anthropology student at Golsmiths, University of London. He’s a member of the New School Economics Goldsmiths.