As National Democracy Week kicks off, the former Greens leader Natalie Bennett writes about the need for local authorities to go from leader-led councils to democratic committee systems. 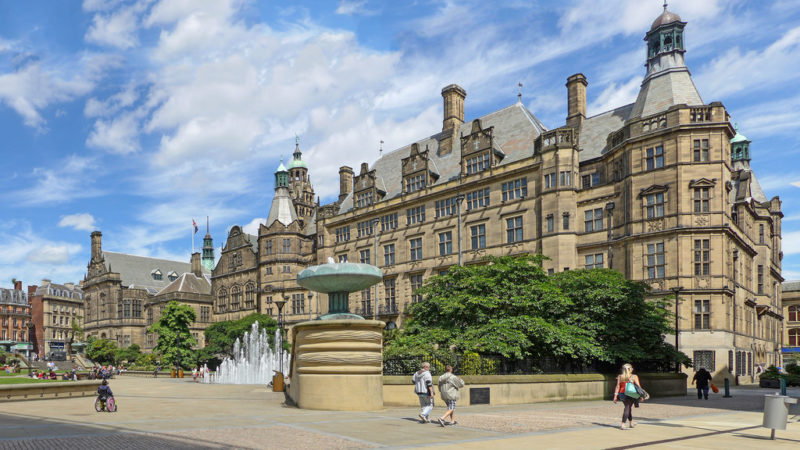 In my years as a journalist, I attended many press conferences that promised exciting revelations and big changes. It was very seldom that they lived up to the billing.

But last week, in a little suburban shopping centre in Sheffield, in a lovely little coffee shop that had donated its entire space for the event, I attended one that did.

It was called by Its Our City, which describes itself as “a community-led network of residents … seek[ing] to be an independent, positive and productive contributor to a vibrant local democracy”.

The announcement was of a new campaign, for a referendum to force the city council to convert from the “strong leader” cabinet model to a more open and democratic committee system.

There were – really – gasps of excitement at the announcement, and a growing swell of energy in the room as the procedure, created under the Localism Act 2011, by which a petition with the signatures of 5% of voters in the city (a figure thought to be around 21,000 – although unlike many councils Sheffield has not published the official figure on which this is based) can demand a referendum on changing the governance system in the council.

As one speaker said, governance might not be traditionally seen as the most exciting or gripping subject but in Sheffield it has become one. It’s Our City said the council is seen as an “increasingly top-down and authoritarian authority who need to be reminded who serves who”.

That follows the long-running and bitter dispute over the council’s management of the Amey tree felling and road management project, which has seen the council trying to jail a number of its residents for engaging in peaceful protests (including a Green councillor). This has also led to the formation of the separate Sheffield People’s Audit campaign.

But it is being increasingly seen as a symptom of a much broader issue, the failure of the current system to even listen to, let alone respond to, community concerns.

Many Labour Party members are working with It’s Our City – and an impartial political observer might well conclude that Sheffield Labour’s most sensible way forward would be to bow to the inevitable and adopt a committee system without being forced into it. But there’s little sign that’s likely to happen.

Sheffield Green Party is delighted with the announcement, which reflects Green Party policy (and practice – as a minority administration in Brighton and Hove Greens converted it from the Cabinet to committee system).

The Liberal Democrats in the city have also been calling for a committee system and the two parties called for the change at the first council meeting after the May elections.

The provision of the Local Government Act allowing communities to force councils to become more democratic has been used successfully twice before, with Fylde Borough Council and West Dorset Borough Council.

The It’s Our City campaigners acknowledged that Sheffield is operating on a far larger scale – but given the strong response to recent petitions in the city, are confident of success.

The implications of this press conference extend, however, a long way beyond a scaling up of the potential for democratisation in the Localism Act.

For in Yorkshire, there’s a live, fervent debate about the possibility of a Yorkshire-wide devolution deal. Sheffield City Region this year elected a metro mayor – but he’s campaigning for his post to be abolished and replaced by a county scheme.

It’s Our City argued last week that the Cabinet system was “a poor fit” for the political traditions of Sheffield, so it is clear that the “strong leader” model of a single elected mayor is an extremely poor fit for the politically diverse, geographically broadly spread, and very economically different communities of Yorkshire.

Yorkshire does have an identity. It is a polity. It needs its own united politics.

But that cannot be represented in one person. It demands a devolved equivalent of a committee system, an Assembly that can reflect and properly represent all of Yorkshire, and make collective decisions for the common good.

Natalie Bennett is the former leader of the Green Party of England and Wales.