MPs have now passed a new policy surrounding bullying and harassment in Westminster. Union figures are conflicted over the system. 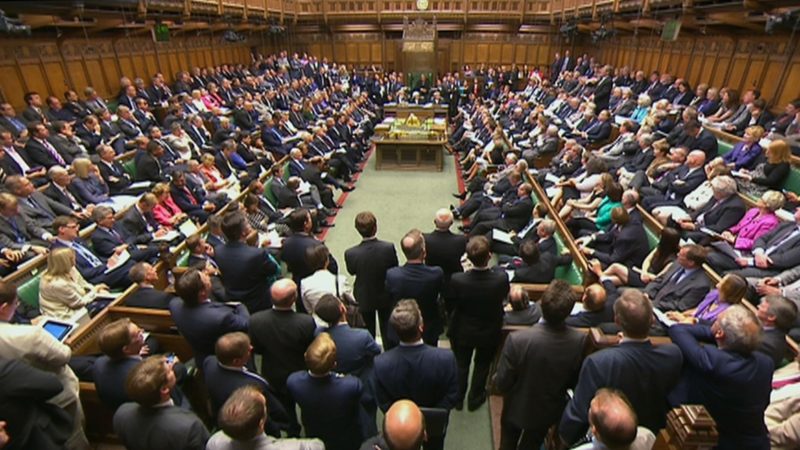 The Leader of the House of Commons, Andrea Leadsom, is once again under attack.

First it was over failing to spot that the pairing system was not being respected in Parliament on Tuesday – then for insisting the rules were broken by mistake, despite evidence showing the Conservative chief whip had instructed MPs to disregard it.

Now Leadsom is back in trouble for insisting the new Independent Complaints and Grievance Procedure, which she helped put together, will only look at cases dated since June 2017.

The union for senior civil servants, the FDA, issued an angry statement, saying:

“The policy will not consider any cases from before the 2017 general election and cases between the election and the introduction of the new scheme will only be investigated, not sanctioned.

“This means victims will not be able to access justice and past behaviour cannot be evidenced to support future cases. Placing these arbitrary restrictions on past cases has no legal basis and serves only to protect MPs accused of bullying.”

On the whole though, the policy – passed on Thursday afternoon – does seem to represent a step forward.

LFF‘s editor Josiah Mortimer, spoke to the chair of Unite the Union parliamentary staff branch, Max Freedman, on what he thought of the report and the next steps to take.

Freedland told LFF he was ‘pleased’ with the policy:

“We will now have an independent system to consider these matters, and training, and HR helpline. The hope is then that we see culture change so we don’t need to use these tools. From where we were it’s a real leap forward.”

He praised the fact that – after pressure – trade unions and workers were involved in the process:

“It’s come about with trade union involvement all the way along the line. There were obvious areas of disagreement – e.g. on trying to impose the policy retrospectively [to previous allegations.”

“[But] this will be tool which MPs will be aware exists – so hopefully it will modify their behaviour.

“Who hears the complaint or appeal at the minute? The boss. It’s a ludicrous system. No wonder there are bad habits. But there is guaranteed independence in this [new system] – with real world consequences.”

The policy may also herald an end for complaints going through parties’ own arcane processes.

“It’s better than going through parties. God knows what happens when a party investigates something. How can you have faith in that system? I’ve been here for 35 years – many of these issues we’ve been campaigning on for those 35 years.”

Unite has recently been recognised as the voice of Parliamentary staff by the Parliamentary Labour Party. A step forward, but Freedland tells LFF the picture is complicated:

“It’s a difficult HR environment. Parliament is responsible for our workplaces – IPSA are our paymasters and set our terms.”

But the union also now have a Memorandum of Understanding with the Commons, and are close to signing one with IPSA.

“It sets sets us on a footing for civilised conversation rather than shouting from the side-lines and being ignored. Hopefully things are moving in the right direction.”

The new complaints procedure was passed by MPs on Thursday afternoon – find out more here. Got a view? Drop us a line or comment below.