Jeremy Hunt leaves the NHS in poorer condition than when he first took the post in 2012. But the new Health Secretary is possibly worse news, Dr Sonia Adesara writes. 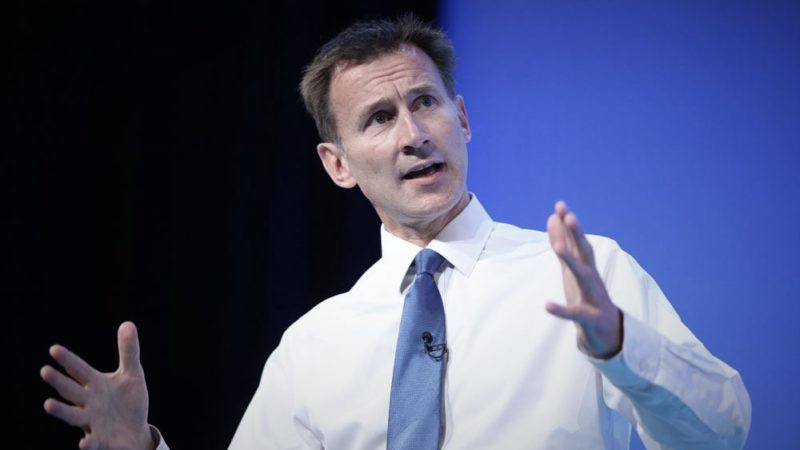 This week social media erupted when former health secretary Jeremy Hunt tweeted he was proud of his legacy and passion for ‘patient safety’.

But let’s have a recap of Hunt’s ‘patient safety’ legacy.

20,000 more deaths than average in the first four months of this year. 16,000 acutely unwell patients waiting in ambulances as there was no space to admit them, in the first week of the year. The British Red Cross stating our NHS had become a ‘humanitarian crisis’. Worsening A&E waiting times, patients dying on trolleys, missed cancer treatment targets… we could go on and on.

A shocking 75% of doctors believe lack of resources and understaffing is putting patient safety and care at serious risk, and last week at their annual BMA conference doctors voted to state publicly the wards were no longer a safe place for patients and staff.

Chronic underfunding and understaffing have brought the NHS to its knees. Parallel to this, we have we have seen our health services outsourced to the private sector at an unprecedented rate.

According to the Centre for Health and Public Interest, there are now 53,000 contracts with the private sector. The amount the NHS spends on the private sector is increasing year on year. In 2002 we spent £2 billion, by 2014 this has risen to £10 billion.

I don’t think we can get too excited at Jeremy Hunt’s departure. Hunt was just face and hand (and useful scapegoat) of ideologically driven policies to undermine the NHS as a public service. Ideology to fragment and marketise our NHS, to allow inroads for privatisation.

Matt Hancock’s ties to the IEA

He may be a ‘happy chap with an app’, but Hancock’s appointment should concern all NHS campaigners.

Matt Hancock has been bankrolled to the likes of £22,000 by the free market think-tank Institute of Economic Affairs (IEA).

The IEA are really a right-wing lobby group, who refuse to disclose their funding, and perform very poorly on global ratings of transparency. They openly lobby for marketisation and privatisation of our NHS.

Their mouthpiece, Dr Kate Andrews, can be regularly seen on the media, where she articulately (and incorrectly) states that the issues faced by the NHS are due to the public (tax based) funding model, that it is inefficient, and we would have improved outcomes if we moved to a private/insurance-based system.

This is fundamentally incorrect. Our tax-based model is not only the most equitable but the most economically efficient way to provide healthcare for all (shown by the Commonwealth Fund and agreed by all the major health think-tanks).

The real reason why we have poorer outcomes (in some areas) than Europe is due to underfunding and understaffing. We spend 50% less per person on healthcare than Switzerland. We have 50% fewer doctors per person than Germany.

Yet, the IEA is given a weekly platform by the media to promote fallacies and mislead the public (including BBC Newsnight last week). And now they undoubtedly have the ear of our Health Secretary.

The change of guard at the Department of Health is nothing to get chirpy about. The same toxic ideology will continue to drive policies to dismantle the NHS and undermine its socialist values. He may be the ‘happy chap with an app’ Hancock, but this is not a healthy prognosis for our NHS.