We laughed when Donald Trump said Britain should sue the EU - but was he onto something? Matthew Turner writes about using litigation against bad Tory policies. 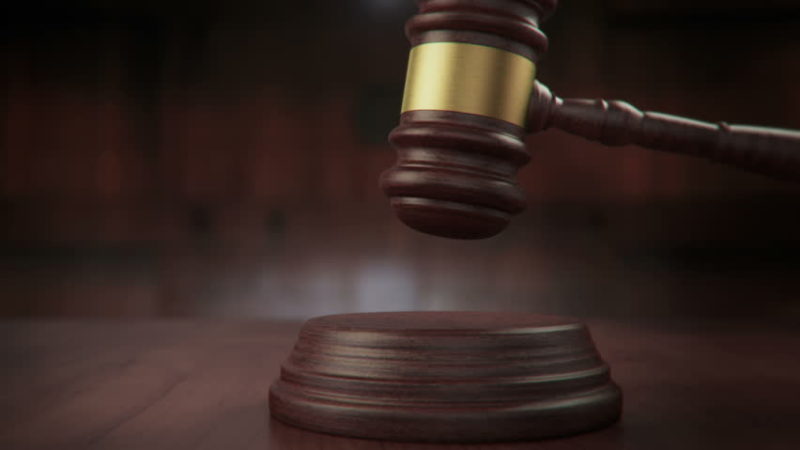 During his recent visit to the UK, Donald Trump told Theresa May that, instead of negotiating, she should “sue the EU”.

Putting aside Trump’s generally abhorrent behaviour and policies, and the total lack of a legal basis to sue the European Union over Brexit, the basic idea of using the courts to achieve a political objective isn’t necessarily a bad one.

Which begs the question – could Labour sue the government to challenge bad Tory policy?

Public law and human rights challenges are regularly used by law centres, charities and NGOs to challenge bad laws and protect citizens’ rights. In recent years, they have been used to abolish employment tribunal fees, limit the application of the dreaded ‘bedroom tax’, and overturn the Home Office’s pernicious policy of deporting EEA rough sleepers.

In principle, there is nothing to stop these laws being used by Labour to challenge government policies.

This is of course subject to rules on legal ‘standing’ (which determine whether a claimant is entitled to bring a case), but Labour can always stand behind a claimant, providing resources, support and advice. It is even possible for claims to be brought by individual MPs – illustrated by the recent legal challenge to the Snooper’s Charter brought by Tom Watson and David Davis.

What are the advantages?

Firstly, it is a chance to overturn bad laws – in other words, for Labour to achieve through the courts that which it is unable to through Parliament.

If a public body is in breach of its public law duties (for example, by acting beyond its legal powers, disproportionately, or irrationally) or domestic law (such as the Human Rights Act or the Equalities Act), the court will rule that the action is unlawful and order it to stop.

And, for the time being, the same applies if a public authority has breached EU law – indeed, it was Article 8 of the EU Charter of Fundamental Rights (protection of personal data) that was relied on in the Davis / Watson challenge.

Secondly, even if unsuccessful, a legal challenge will bring the issue into the public discourse. For example, Against Borders for Children and Liberty brought a challenge to the Department for Education’s (DfE) dark policy of collecting data on the nationality of schoolchildren and sharing it with the Home Office to assist deportations. Although the claim failed, the DfE nevertheless reversed its policy due to all the negative press coverage generated.

What about the risks?

The first problem is the cost.

Bringing a legal challenge is expensive business – lawyers are not cheap (although some might act ‘pro bono’ in these types of cases), especially if the case is appealed all the way to the Supreme Court. And the losing party will usually be required to pay at least some of the other side’s legal costs.

Secondly, judges are highly conscious of their role within our constitutional framework and cautious about being used to circumvent Parliament ‘by the back door’.

The separation of powers is a fundamental principle of democracy and risks being undermined if the courts stray too far into judicial activism.

The third risk is negative PR. The public may not be impressed to see Labour try to frustrate the actions of the democratically elected government through the courts, seeing it as ‘cheating the system’ and undermining their votes. The threats to Gina Miller and newspaper headlines calling judges “Enemies of the People” during the Article 50 ‘Brexit’ case illustrate the kind of anger this can provoke.

Finally, it should be kept in mind that – if a precedent is set – there would be nothing to stop the Conservatives turning to the courts when Labour is back in power.

So what should Labour do?

Human rights and public law challenges are an excellent way of holding the government to account.

While bringing cases itself might not be appropriate or politically savvy, Labour could encourage and support charities, law centres, and NGOs to sue the government. The party is well positioned to play a co-ordinating role by tapping into its resources and relationships, and framing any legal challenges within its wider campaigns.

Using litigation to tackle bad Tory policy is certainly something to think about, even if it is (sadly) unlikely we’ll see Jeremy Corbyn screaming “see you in court” across the despatch box any time soon.

Matthew Turner is a solicitor and the chair of the Labour Campaign for Human Rights.