We have missed far too many opportunities to steer our economy in a positive direction. It's time for the left to address the role of the state today, says Prof. Prem Sikka. 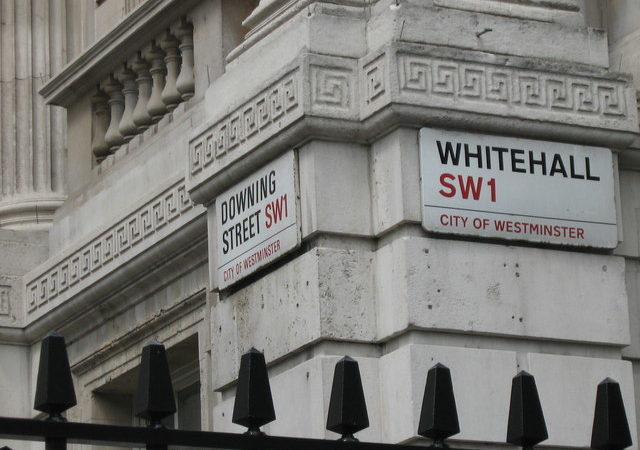 The Brexit saga continues, and with it, significant changes to our economy. Discussions over the shape of the final deal highlight that the state remains the most potent actor in shaping the economic and social outcomes.

Despite this, ministers have said little about restructuring it to secure investment, growth or redistribution once we leave: instead, this past month has shown they are continuing with the old failed ways.

Just last month, the government sold off shares in the Royal Bank of Scotland at a near-£2bn loss. And today marks the 29th anniversary of the privatisation of water.

Both events are a reminder that the government remains wedded to the dogma of privatisation. During the last forty years, successive governments have privatised key sectors at knockdown prices – often with disastrous outcomes for consumers and taxpayers.

The revenues from the sale of publicly owned assets could have been used to fund investment in new industries or social infrastructure, but that did not happen.

In the 1970s, the UK won nature’s lottery in the shape of North Sea oil and gas reserves. But the Thatcher government handed it over to corporations on very favourable terms as a publicly owned energy industry was an anathema to it.

It collected taxes and royalties, but these billions have been squandered as the government rewarded its supporters. The revenues were used to prop up the exchange rate which made UK exports harder and weakened the manufacturing industry.

The UK has a public sector debt of £1,781.4 billion, equivalent to 85% of gross domestic product – and we are relying on Chinese state-owned companies to build our nuclear power plants.

In sharp contrast, Norway built a publicly-owned oil industry and protected its oil revenues. It is now sitting on a trillion-dollarsovereign wealth fund, enabling it to buy and start new industries.

Just today, six of the world’s major oil-based sovereign wealth funds – including Norway’s – agreed on a common road-map towards a greener economy.

In the name of the market

Neoliberals have redirected the state to serve their purposes. Under their policies, the state has become a guarantor of corporate profits. The Private Finance Initiative (PFI) has been a bonanza for banks and contractors. PFI schools cost 40% more to build and a hospital 70% more to construct compared to if they were financed by government borrowing.

Unsurprisingly, local councils, schools and the NHS are struggling with the PFI burden. The government is unable to explain how PFI offers value for money, but the contracts guarantee profits to corporations and find their way into executive bonuses and dividends.

While claiming to promote competition, stagnation goes unchallenged in essential services. The banking and supermarket sector is dominated by a few corporations, the world of accounting is dominated by four firms, and just six energy companies control over 80% of the energy market.

This ‘pseudo competition’ has created anxiety and uncertainty for consumers but higher profits for companies, with little improvement in infrastructure.

And in the name of competition and flexibility, governments have weakened trade unions and cheapened labour. Zero contract hours and artificial self-employment in the gig economy has soared.

And as of April 2018, due to low pay and stagnating wages one in eight workers were living in poverty. Once inflation is taken into account, average workers were still earning £25 per week less than 10 years ago. Some 14 million people, including those at work, live in poverty – that is more than one in five of the population.

This economic experiment has damaged social mobility. Many people will never be able to own a home. Such a state of affairs is not conducive to social stability or possibilities of building a sustainable economy.

The toxic consequences of neoliberalism are evident in its philosophy of light-touch regulation. The daily parade of tax avoidance, money laundering, bribery, corruption and misselling of products, especially in the financial sector, are a direct consequence of the light-touch philosophy.

Regulators just watch and do little as they come from big corporations and after a regulatory stint will return to the same industry. They see no sense is damaging their future lucrative contracts. The rest of us pick up the tab.

The left has long known that the state is a key institution – now we need to develop strategies to restructure and redirect it to build a more equitable society.