RBS is being slowly privatised - but little has been done to check the corrupt culture, argues accounting expert Prem Sikka. 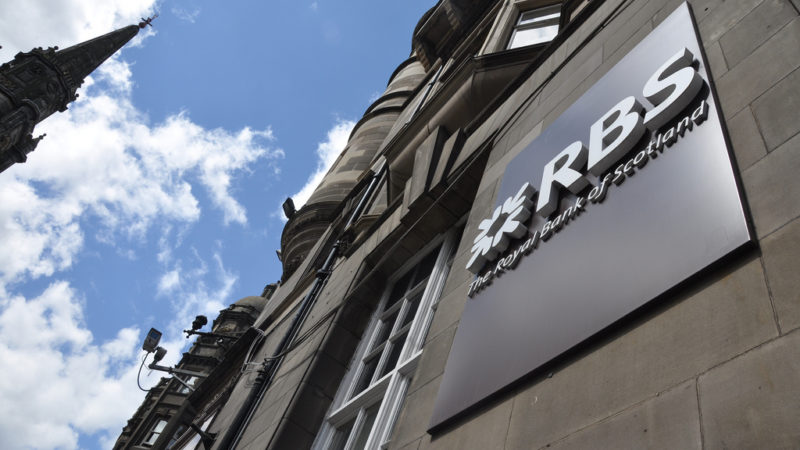 Banks have a long and rich history of malpractices and abuse. The 2007/8 bailouts should have provided opportunity to cleanse banking culture, and encourage responsible and ethical conduct.

Yet the government’s main priority has been to return banks to markets – the same ones which did little to curb malpractices or check managerial excesses.

The case of the Royal Bank of Scotland shows the government’s failure to tackle major structural problems in banking.

Shares in RBS were acquired at 502p each as part of a £45bn bailout launched in October 2008, meaning the sale of the current tranche has inflicted a loss of about £2.1bn on taxpayers.

RBS has a history of malpractices which generated massive profits, dividends and executive pay. In March 2018, RBS paid $500m to settle charges of “deceptive practices and misrepresentations to investors in connection with the packaging, marketing, sale, and issuance of residential mortgage-backed securities”.

This settlement brought RBS’ fines and penalties in the US to more than $7 billion since late 2015 alone. In May 2018, it paid $4.9bn (£3.6bn) to resolve a US investigation into its sale of toxic mortgage-backed securities.

But the scandals go further back. In March 2010, it was fined £28.6m by the Office of Fair Trading (OFT) for breaching competition law, after it shared confidential information with Barclays Bank about the pricing of loans.

In the same year, RBS also paid UK fine of £5.6m for or failing to have adequate systems and controls in place to prevent breaches of UK rules on financial sanctions and curb possible terrorist financing.

In 2013, it paid a combined fine of £390m to UK and US regulators for rigging interest rates.

And in February 2018, the Treasury Committee published a report that the Financial Conduct Authority (FCA) wanted to bury. It showed systematic abuse of distressed small businesses.

The Committee described the RBS conduct as “disgraceful” and said that the internal unit’s overarching priority “was not the health and strength of customers, but the generation of income for RBS, through made-up fees, high interest rates, and the acquisition of equity and property”. The settlements are yet to be made.

Currently, RBS is one of the 17 banks implicated in alleged laundering of £740m of dirty Russian money.

All words and no action

Reforming banking culture and neutering directors’ power to abuse stakeholders is a key issue – but the government has shown little appetite for reform.

In December 2015, it ditched its review of banking culture and promised a comprehensive review of corporate governance. Shareholders have consistently failed to check management excesses, but the government is still wedded to empowering them. Its 2016 Green Paper on corporate governance reforms said that:

“The way to enable greater shareholder engagement on pay might be to establish a senior Shareholder Committee to scrutinise remuneration and other key corporate issues such as long term strategy and directors’ appointments.”

A resolution to achieve the above was tabled at the RBS annual general meeting (AGM) on 30 May 2018 – and could have been passed as the government is by far the biggest shareholder. It was soundly defeated. UK Government Investments, a body managing government investment in publicly owned entities, voted against the resolution.

The AGM minutes also noted that RBS Board opposed the creation of a Shareholder Committee because it:

“…does not consider that the creation of such a committee would be in the best interests of the Company. It is the role of the Board, directly elected by shareholders, to promote the success of the Company for the benefit of its members as a whole.”

During her July 2016 campaign to become leader of the Conservative Party and Prime Minister, Theresa May said: “we’re going to have not just consumers represented on company boards, but employees as well.”

Such a reform holds out the prospect of protecting employee and consumer interests and checking the self-enriching impulses of company directors.

Within four months that policy was abandoned. The Confederation of British Industry and the Institute of Directors were not happy about any dilution of the power of elites who have got used to treating companies as their private fiefdoms.

The government has backtracked on its promises – and despite the PR spin there is no meaningful corporate governance reform in sight.

RBS is being slowly privatised, but little has been done to check the corrupt culture of large corporations and call directors to account. Without major reforms the price is this folly will again be paid by innocent taxpayers and that is unacceptable.