40% of current union members will be retired within ten years. But unions are taking action to meet the challenge, writes the TUC's National Organiser Carl Roper. 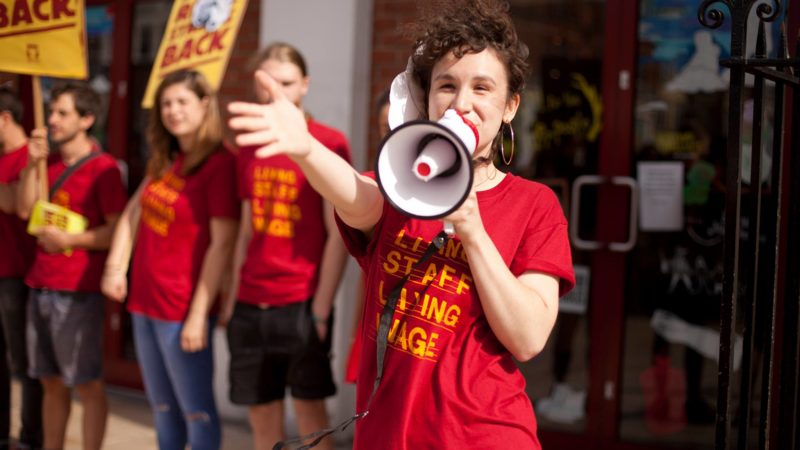 The trade union movement has urgent work on its hands.

Latest membership figures show that, despite a small increase in total membership, union density is still sliding towards 20%. And 40% of current union members will be retired within ten years. But we are taking action to meet the challenge.

Earlier this month the TUC launched WorkSmart – a career progression website and app for the millions of Britain’s young workers who aren’t union members.

It’s the first outcome from the TUC’s Reaching Out to Young Workers innovation project, which we launched two years ago to meet the challenge of falling union membership among young people. Right now, fewer than ten percent of private sector workers under 30 are in unions.

That’s a big challenge – but we’re serious about tackling it. WorkSmart is the union movement’s most high-profile effort to get to grips with the organising challenge since the launch of the Organising Academy in 1998.

The Organising Academy was a response to two decades of falling union membership. It aimed to develop a culture of organising that would help to transform unions by bringing in new and diverse membership.

The Academy was significant in several ways. It marked a turn from the defeatist notion of partnership on the employer’s terms. Our hypothesis was that you can’t have a genuine partnership with employers without high union membership and density, and that organising was the way to achieve that.

The Organising Academy brought a new cadre of professional organisers into the movement, many of whom were young and female. It helped the movement to relearn and update its organising skills. And most importantly, unions recruited thousands of new members and signed hundreds of new recognition agreements.

Twenty years on, it’s easy to forget that there used to be a genuine debate about the value of organising. That matter is now largely settled. On the tenth anniversary of the Academy a survey of TUC affiliates revealed that the majority of the top 15 affiliates by size had organising strategies and dedicated organising teams.

Perhaps the most significant thing about the Organising Academy though, was that it represented what you might call a ‘whole movement’ response to the organising challenge. This approach promoted inter-union discussions and facilitated a flow of information and ideas.

The terrain in which we’re operating has changed a lot since 1998. The relationship between many workers and employers is becoming increasingly opaque. Work is more precarious.

But while employers seem intent on using new technology to take the relationship between themselves and workers back to the 19th century, digital tools also present huge opportunities for organisers.

The traditional organising model – workers in single sites or companies, engaged by union organisers who develop issue-based campaigns, find leaders and through that build membership – still works and still has its place.

But the scale of the challenge that unions face requires us to organise to a scale never seen before. It goes beyond what the traditional models, or any individual union, can achieve alone.

This is why WorkSmart is rooted in the traditions of organising. It engages with young workers where they are and provides support on an issue that they care about.

But its significance is that it has the potential to take the movement into a space where it can realise the full potential of digital, increase its capacity and use this as part of a re-energised and innovative approach to organising.

The TUC wants to use WorkSmart to capture the attention of young workers, raise awareness of unions and invite them into membership. To do this effectively the direct involvement of unions will be crucial.

The second phase in WorkSmart’s development will focus on the journey towards union membership and developing digital branches – online spaces where young workers can interact with each other and with unions in the way that comes naturally to them.

Despite the challenges, we have the most positive environment we’ve had for years to be having these discussions about change. The Labour party is committed to facilitating a revival in trade unionism. And an increasing number of think tanks and commentators are finally realising that to build fairer societies and workplaces, we need strong and effective trade unions.

That external support needs to be matched internally with a new focus on organising to scale – and an openness to innovation.

Carl Roper is National Organiser for the TUC. He tweets here.