The snap election might have proved disappointing for the Tories, but the bid for a progressive government did not win either. 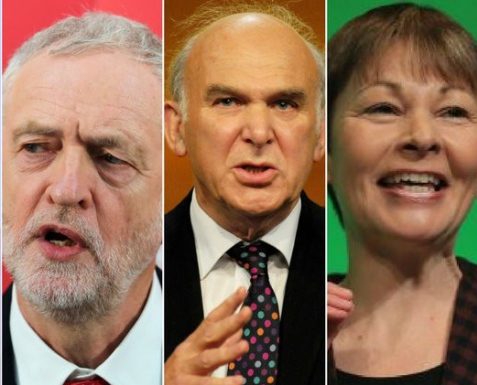 On this day a year ago we hoped for the best and feared the worst.

At 10pm every progressive heart started to race with joy: against all the odds the Tories had not just been denied the big majority they believed was theirs by right; they had lost seats. For a moment it looked like a Progressive Alliance government was on the cards.

It was the culmination of a campaign across the country that saw candidates, local parties, activists, campaigners and voters work together for a greater good. In seats such as Bury North, Bristol North West and Twickenham the odds were upset by people working together across party lines.

There were 42 alliances drafted across Britain, where one or more parties stood down to give the largest progressive party locally a boost. Plus plenty of ‘soft alliances’ too, where candidates did not stand down, but some agreement about joint messaging or not-campaigning was reached. And with the help of the Vote Smart website, tactical voting was facilitated in 211 constituencies. You can read the full story in Barry Langford’s captivating book All Together Now.

But it wasn’t to be. Despite the efforts of so many progressives, we ended up being ruled by a regressive alliance of Tories and the DUP.

That said, the losses felt by the Conservative Party were often brought by places where the Progressive Alliance was active. In total, it added to nine gains and 15 holds. Only two seats fought by a Progressive Alliance were lost. And 60 of the seats won by the Tories certainly felt a pinch, as the progressive vote was larger than the combined Tory-Ukip one.

So the Progressive Alliance helped stop things getting a lot worse.

Along with their parliamentary majority, the Tories lost their bid to take us back to the previous century. The grammar schools, fox hunting and redoubled austerity their manifesto boasted about, all got quietly shelved as the new political reality set in.

This we can be proud of, as it was the success of progressive campaigners across the country that saved the UK from a 1980s-style Tory bonanza.

And yes, much of it is down to the Labour Party and the work of Momentum. But it was the work of the Progressive Alliance too, that kept the Tories in check and held out the hope of a different kind of politics.

And while Labour was the big beneficiary of the spirit of progressive collaboration, nationally they could not find it in themselves to say thank you to the Greens, Liberal Democrats and others, who backed their candidates in key seats. Sadness at this is amplified by what could have been.

Because things could and should have been much better. In more than 60 constituencies which elected a Tory MP, more people voted for progressive parties than for the regressive tandem of Conservatives and UKIP. If Labour had given just the slightest support to the idea of a Progressive Alliance – as Michael Freedman argues on LabourList – then Jeremy Corbyn would now be Prime Minister.

A Progressive Alliance government would have given the past year a totally different outlook.

Just think about how a progressive government would have responded to the Windrush scandal. What it would have done to strengthen the NHS and improve our railways. How its Brexit approach would have turned the hardest of Tory Brexiteers into shouty spectators. And how Trump wouldn’t be made to feel particularly welcome anywhere near Downing Street.

Despite everything, the next election is not in the bag – for Labour or for a progressive majority. However weak and shambolic their rule, the Tories are still leading in the polls. And Brexit, if it happens, will change everything. The need for a Progressive Alliance, not just to win elections, but to build a new transformative politics, simply won’t go away.

Compass members have made Progressive Alliances possible in many places, and you have made invaluable contributions to its success, one year ago today.

Our mission continues, and with the Common Platform we are building an alliance of people, movements and ideas for a Good Society.

A previous version of this article was originally published by Compass.